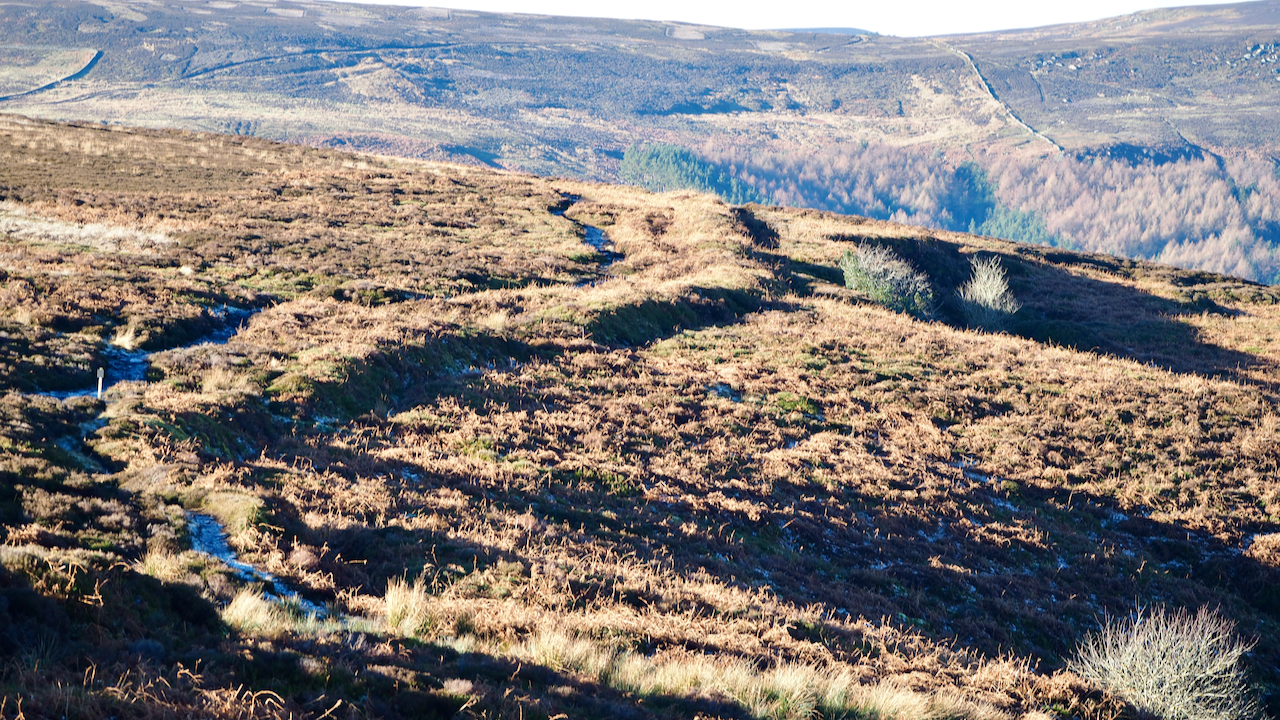 I’m surprised I haven’t posted about this 4.4km earthwork along the eastern edge of Bilsdale before but it’s not exactly the most photogenic subject.

Opinion is though, that the dyke is much older and probably dates from the Middle Bronze Age (1500–1000 BC) to around 500 BC, although it may have been reused in later periods, perhaps as a medieval deer park.

What was it for?

It is clear that a lot of manpower went in the construction of the dyke, implying a large social tribe or clan was behind it. The opinion is that it was a prestige project to mark an important boundary in the landscape, perhaps demarcating the clan’s territory or for religious reasons4Historicengland.org.uk. (2012). Urra Moor prehistoric linear boundary on the western edge of Urra Moor, Bilsdale Midcable – 1015955 | Historic England. [online] Available at: https://historicengland.org.uk/listing/the-list/list-entry/1015955?section=official-listing [Accessed 14 Jan. 2022]..

This was a period when the climate was becoming cooler, with increased rainfall and transition of the high moors to blanket bog5“Historical Atlas of North Yorkshire.” Edited by Robin A Butlin. Page 42. Westbury Publishing. Reprinted 2004. ISBN 1 84103 023 6.. Pragmatically, the temptation is to assume the dyke, which I assume would have been topped by a wooden fence or hedge, would have been to keep domesticated animals in or wild predators out.

Another thought might be as a defensive structure, a bit like Hadrian’s Wall but that would have required a tremendous manpower of control. A fence on an embankment would have presented no obstacle at all to a human. (Unless of course there is a religious taboo or fear of the consequences in crossing it.)

So another mystery of the moors, but one that will never overshadow the legend of Norman Billy.