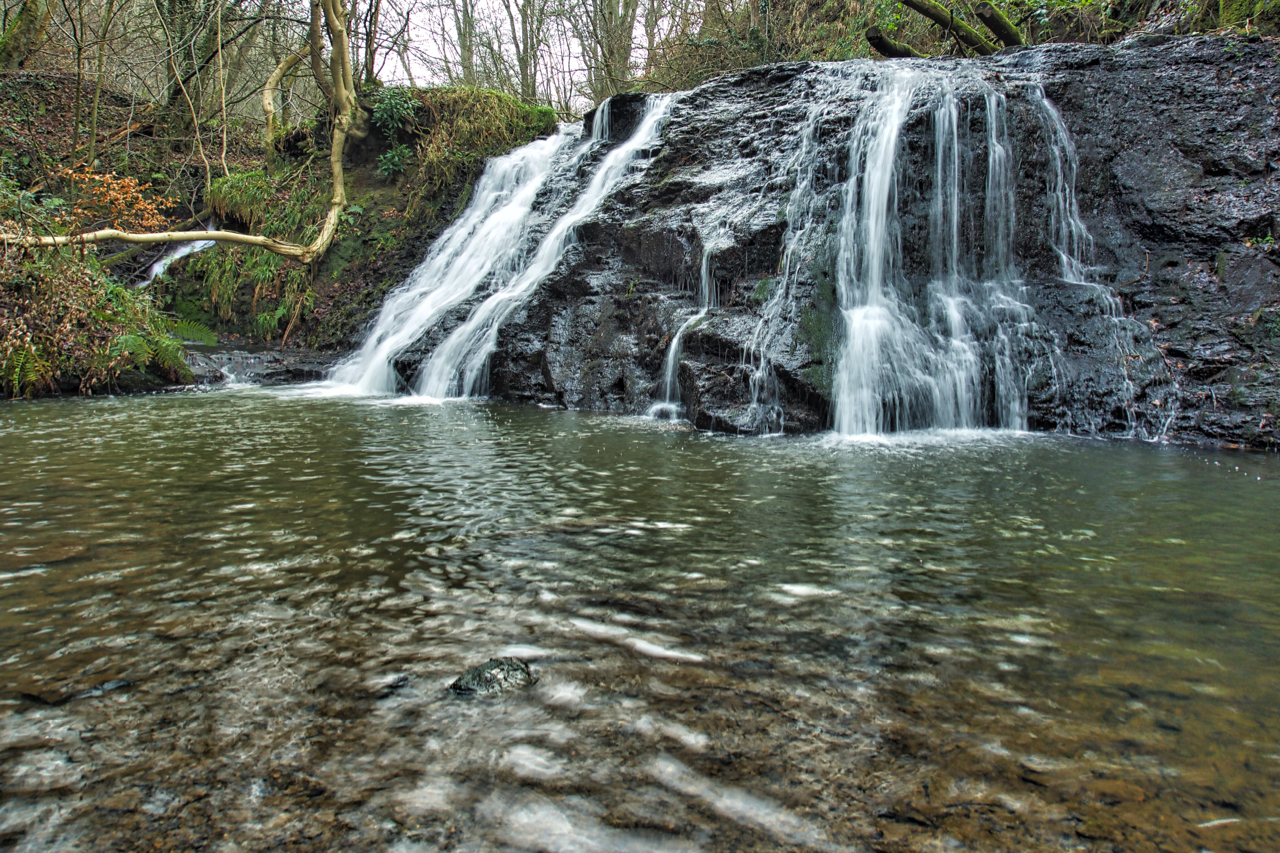 Usually, mornings are my best time of the day. Of late, however, my morning stroll has been in the damp and cold followed by an ever brightening day long after my post lunch torpor and sluggishness has set in.

Another revisit today. Old Meggison, a lovely little waterfall on the River Leven in Kildale. It’s accessed by a track along the deep gorge, a route which must have existed for centuries, ostensively a “Permissive Footpath”. I recalled a campaign to have the track declared a Public Right of Way and good old Google came up trumps. In December 2016, an appeal to add a route running from Low Easby Lane, Easby to Bank Side, Kildale to the definitive map as a Restricted Byway was allowed. For those who want some soporific reading for bedtime the appeal can be found here. Apparently, the track was created as “a private carriage drive to Kildale Hall” with a “ticket arrangement” in use until 1939. As of this morning, there is no signage indicating a Right of Way neither does the National Park Rights of Way interactive map.

The new route will link up to the existing footpath to Copper Hall Farm which ends abruptly passing close by the Norman motte castle on the appropriately named Castle Hill.
 Open Space Web-Map builder Code