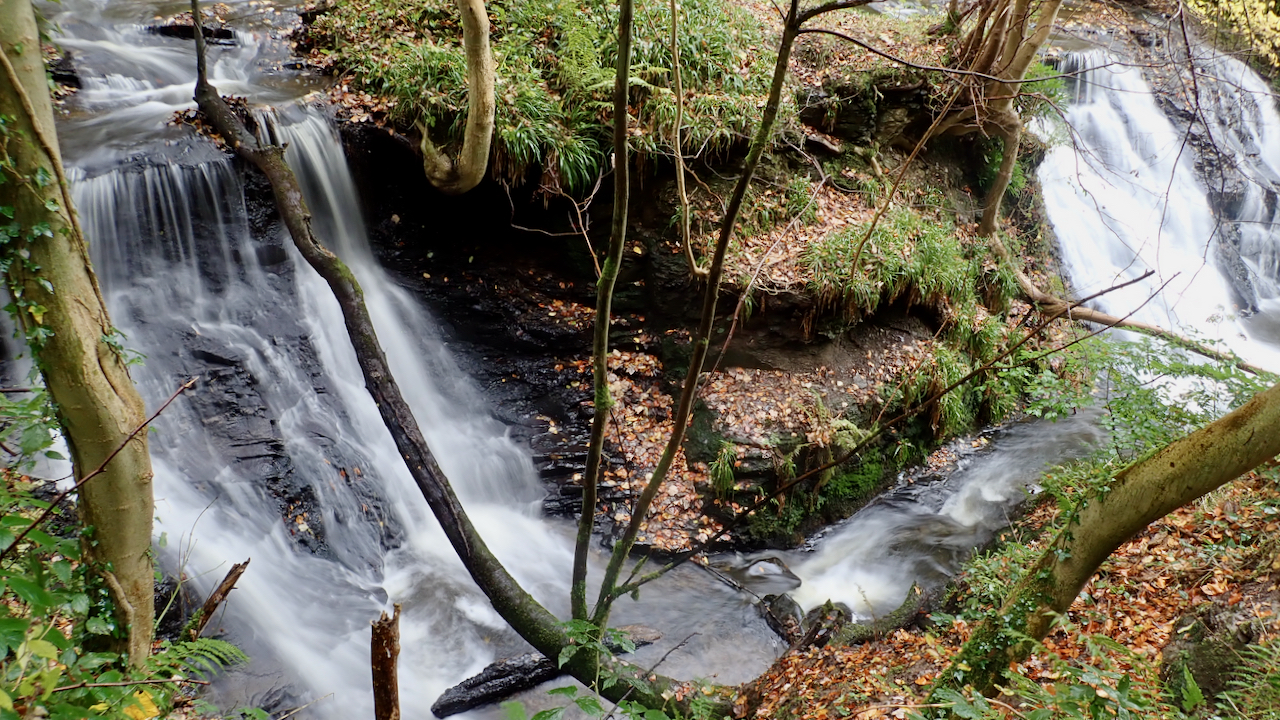 I’ve heard that some new fencing has been erected at Old Meggison on the River Leven. So that was a good enough excuse for me to head over to Kildale Woods for a wander.

Old Meggison is a lovely waterfall, accessed by a “Concessionary Footpath” which is awaiting the confirmation of an order to upgrade it to a Public Right of Way status. Regular readers of this photo-diary might recall that at the height of lockdown the falls became such a hit on social media and resulting in the usual detritus which accompanies such popularity, that the estate went to considerable lengths to block off access. The full story can be found here, (read the comments as well).

The ugly fencing has now been removed but the large boulders strategically placed to limit car parking remain. At the falls themselves, I have known for some months that the estate has been busy constructing a neat set of steps down to the river. Very considerate I thought.

These steps now have a padlocked gate preventing their use and forcing visitors to scramble down a steep muddy bank. No problem for me but it’ll be a nightmare for anyone less mobile or supervising young children.

I wonder if the estate has considered their liability if a visitor comes to grief by being forced onto the slippy slope.

Almost at the bottom, the visitor is presented with another locked gate preventing easy access to the river itself. This all seems rather petty.

The featured image is a rather unconventional view of Old Meggison. For more usual full frontal views see this and that.

One Reply to “Old Meggison”