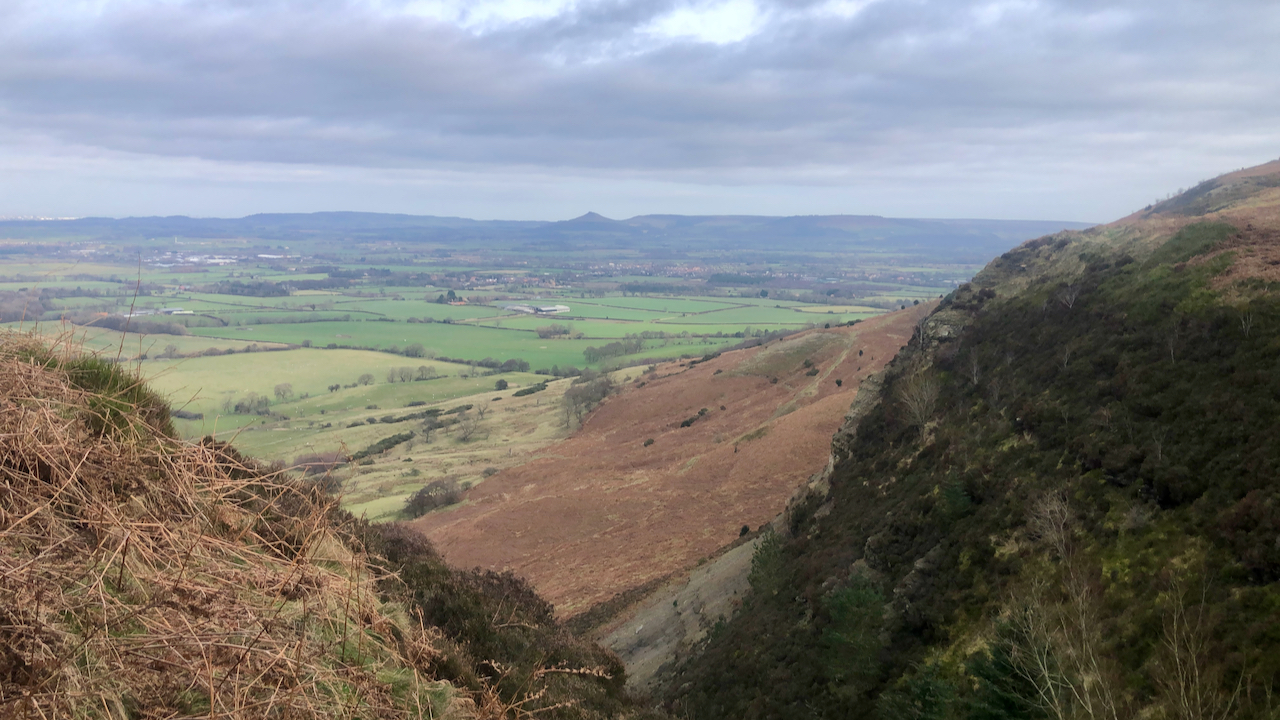 I was minded to post a photo of Stokesley today, as on this day, 28th January, a Royalist army was raised in the town. If you didn’t know Stokesley is the built-up area far left in the photo.

In a previous post, I wrote about the Battle of Marske Beach when, in the summer of 1643, during the English Civil War, a Parliamentarian ship anchored offshore at Marske and put ashore a number of crew and soldiers. According to local tradition the villagers and fishermen successfully repelled the military men and sent them packing.

But whatever the actions of the villagers the Lord of the Manor, James Pennyman, together his son Sir James Pennyman, took the blame. In any case, earlier that year, the Pennymans had raised a Royalist army in Stokesley.

The Delinquency of James Pennyman (of Ormesby, the father of Sir James Pennyman, Royalist, of Ormesby) aged 68 yeeres as is certified by the Committee in Yorke, is for executing the Commission of Array and that he did array men at Stoxly (Stokesley) January 28th 1643, and did other like acts against the Parliament friends, and was in Armes alsoe, that he for a time refused to take the Covenant, and disputed against it both by word and wrightinge, that all his sonnes have bin engaged in the King’s service.

In answer to your letter we have informed ourselves of the crymes & estate of James Penyman of Ormesby in the Northriding of the Countye of Yorke Esq. (being aged sixtie eight years) & doe certifie that he was a Commissioner of Array and did array men at Stoxley’, January 28th 1643 & two other times their and once at Gisbrough.

Although the Pennymans managed to avoid sequestration of their estates they were heavily fined and had to sell sold part of their estate at Ormesby to creditors. They had already incurred significant costs in the raising of the army. They finally gave in and finally took the covenant2Jisc.ac.uk. (2019). Papers of the Pennyman Family (incorporating the Addison and Consett Families) of Ormesby. [online] Available at: https://archiveshub.jisc.ac.uk/search/archives/942330a4-c619-3004-a04e-1e2e406b7a3d [Accessed 28 Jan. 2022].. Later James Pennyman, the younger, was rewarded for his support during the civil wars by King Charles II when he was awarded a baronetcy.