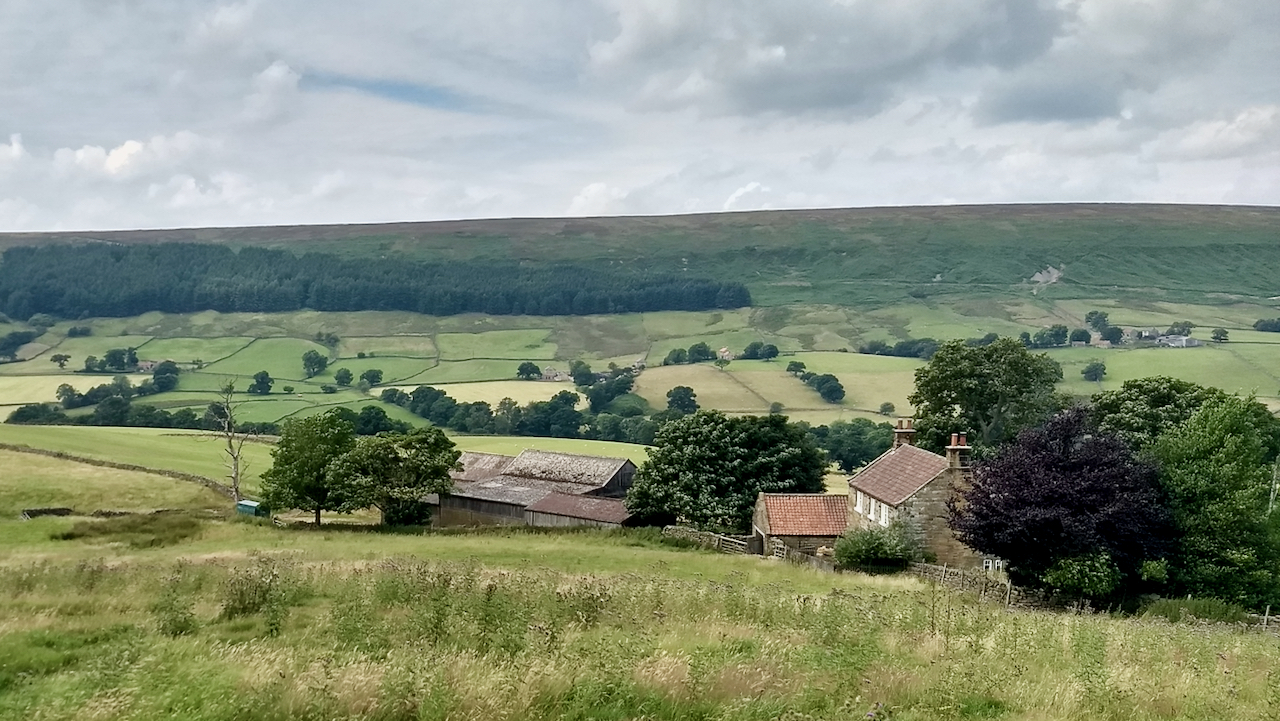 Spent the day with the National Trust in Bransdale, tidying up Spout House farm which is due to have new tenants. Spout House is the first one you come to as you drop into the dale from Gillamoor.

While researching something to write about connected with the featured image I came across this piece in the Northern Echo of 18791‘THE CONVICT PEACE IN THE NORTH RIDING’ (1879) Northern Echo, 05 Feb, available: https://link-gale-com.ezproxy.is.ed.ac.uk/apps/doc/BA3200160323/GDCS?u=ed_itw&sid=bookmark-GDCS&xid=4f0e962d [accessed 05 Aug 2021].. Whilst it actually has nothing to do with this Spout House (the Spout House Inn in the report is actually in Bilsdale – ‘spout’ is quite a common name being Yorkshire vernacular for a spring), it is an interesting insight into the social life of the dales in the 19th century.

The correspondent is writing about the history of a man who was on trial for murder. ‘Writing’ is perhaps giving the correspondent too much credit, repeating gossip and rumours is more like it. I’m not sure if this would be acceptable nowadays. Still it’s a good read, if a little euphuistic, as was the style at that time.

THE CONVICT PEACE IN THE NORTH RIDING

2 Replies to “The Convict Peace in the North Riding”