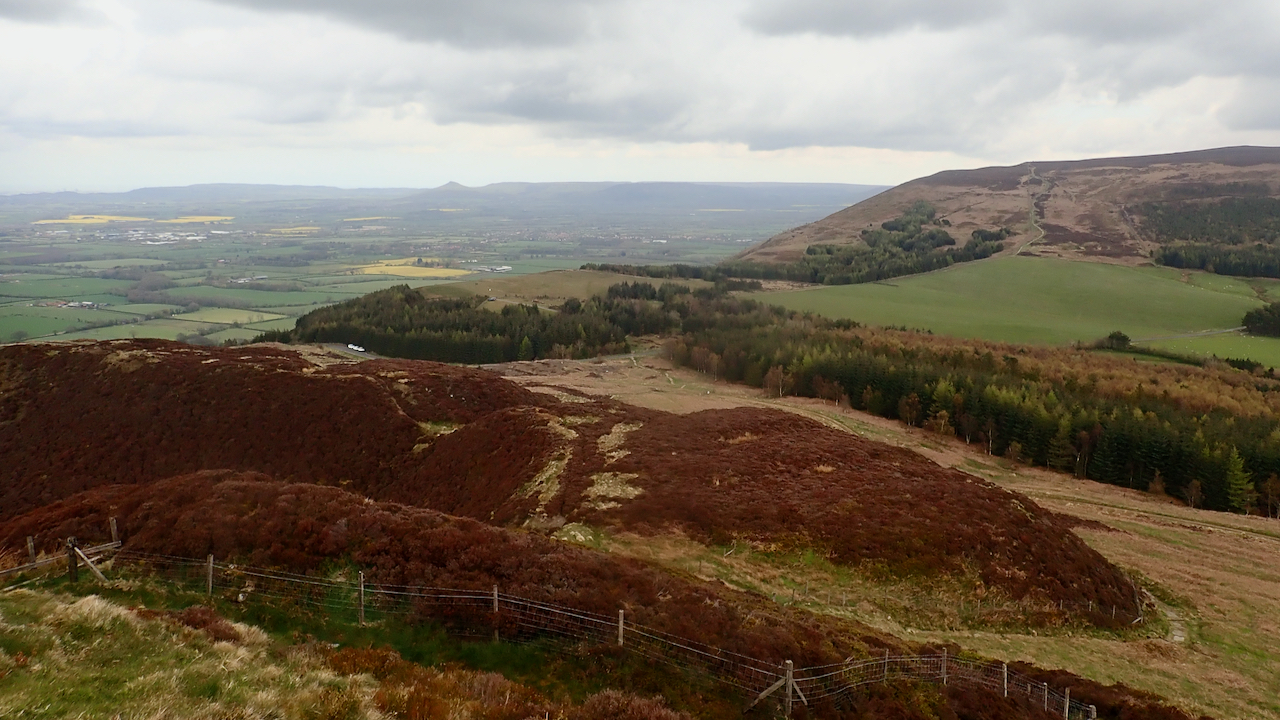 I wrote just a few weeks ago about a farmer by the name of Joseph Hugill from Raisdale, who was attacked and robbed on his way home from Kirby. That was in 1892.

25 years earlier, another Hugill unfortunately died on his way home.

A YORKSHIRE FARMER PERISHING IN THE SNOW. — The great fall of snow which fell at Stokesley last week was followed by heavy winds. On Saturday night or Sunday morning a farmer, who lived in the Raisdale end of Bilsdale, called Thomas Hugill, was returning home on foot from Stokesley market, and some way in Carlton Banks had perished in the snow. He was found on Monday by the jet miners, who lodge at Carlton, as they returned from work, the rapid thaw of Monday having left the body exposed.

Were they related? Hugill seems to be quite a common name in Bilsdale. I did find this family history website which lists a Thomas Hugill, 1818-1867. But the site frustratingly requires registration which I’m a bit reluctant to do.

Carlton Bank is the escarpment below Carlton Moor although the name is usually associated with the road along which Hugill would have used to reach his home in Raisdale. Google Maps still names this as Raisdale Road.

On the far side of the road the long almost flat col that marks the head of Raisdale, is Green Bank, although nowadays this is more commonly referred to as the Lord Stones Country Park, a misnomer as it should be the Lords’ Stone.  There is only one stone, it’s still there at the boundary of the three lordships of Duncombe of Helmsley, Marwood of Busby Hall and Aislesby, who owned Carlton Moor.