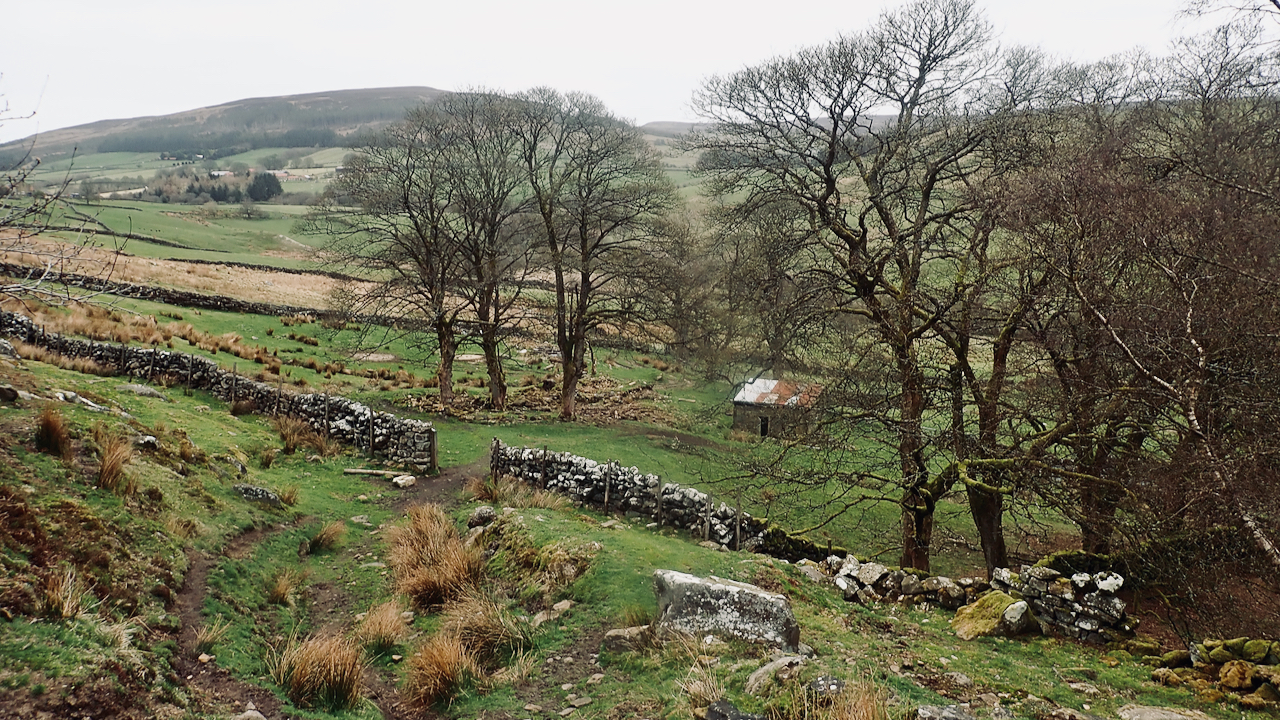 I just love it on those days when I awake without a clue, metaphorically speaking, of where I’m going and end up down the proverbially rabbit hole.

An opportunity today for a one way trip from the Lords’ Stone (or the Lord’s Stones as the café has been called) to Clay Bank via Raisdale.

RUFFIANLY ATTACK ON A FARMER.

As Mr Joseph Hugill, farmer, of Raisdale, Bilsdale was returning home by the road leading from Kirby to Bilsdale on Tuesday night he was attacked by two men, who had concealed themselves in a plantation. He was knocked down by one of the assailants, whilst the other knelt upon his chest, and together they abstracted from the unfortunate farmer a sum of £4 10s and also a watch. No arrests have yet been made. The spot where the robbery occurred is one of the most secluded parts of the Cleveland Hills.

I haven’t been able to find out in which farm Hugill lived (The 1891 census might provide a clue.), or if any arrests where eventually made, but I can picture it being Clough.

What of the two assailants. My hunch is that they were local and knew Hugill, but maybe not. Maybe they were outlaws, living wild on the moors. In December!

An outlaw conjures up a Robin Hood figure, living by his wits in medieval Sherwood Forest, a ‘lawless man’, ‘out-horne’, or a ‘wolf head’2Halliwell-Phillipps, James Orchard. “A Dictionary of Archaic and Provincial Words, Obsolete Phrases, Proverbs, and Ancient Customs, from the Fourteenth Century”. United Kingdom, C. & J. Adlard, Bartholomew Close, 1852.. The cry of ‘Wolf’s Head’ was a loud and clear signal, enshrined in Anglo-Saxon law, for the local villagers to hunt down an outlaw like a wild animal3Dent, Susie. “Word Perfect – Etymological Entertainment of Every Day of the Year”. Published by John Murray. 2020. ISBN 978-1-529-31151-8.

To live completely outside of Victorian society would not have been easy. There were the gypsy community, tramps and itinerant labourers of course, but these would not have lived void of contact with society. A totally lawless fugitive would, sooner or later, have been hunted down and apprehended.

Not so in America, which was still rife with outlaws,  the most notorious of whom was Jess James and it was on this day in 1882, that’s just ten years before Mr. Hugill was robbed in Raisdale, that James was shot in the back by two of his fellow gang members after doing a deal with the Missouri state governor4Dent, Susie. “Word Perfect – Etymological Entertainment of Every Day of the Year”. Published by John Murray. 2020. ISBN 978-1-529-31151-8.