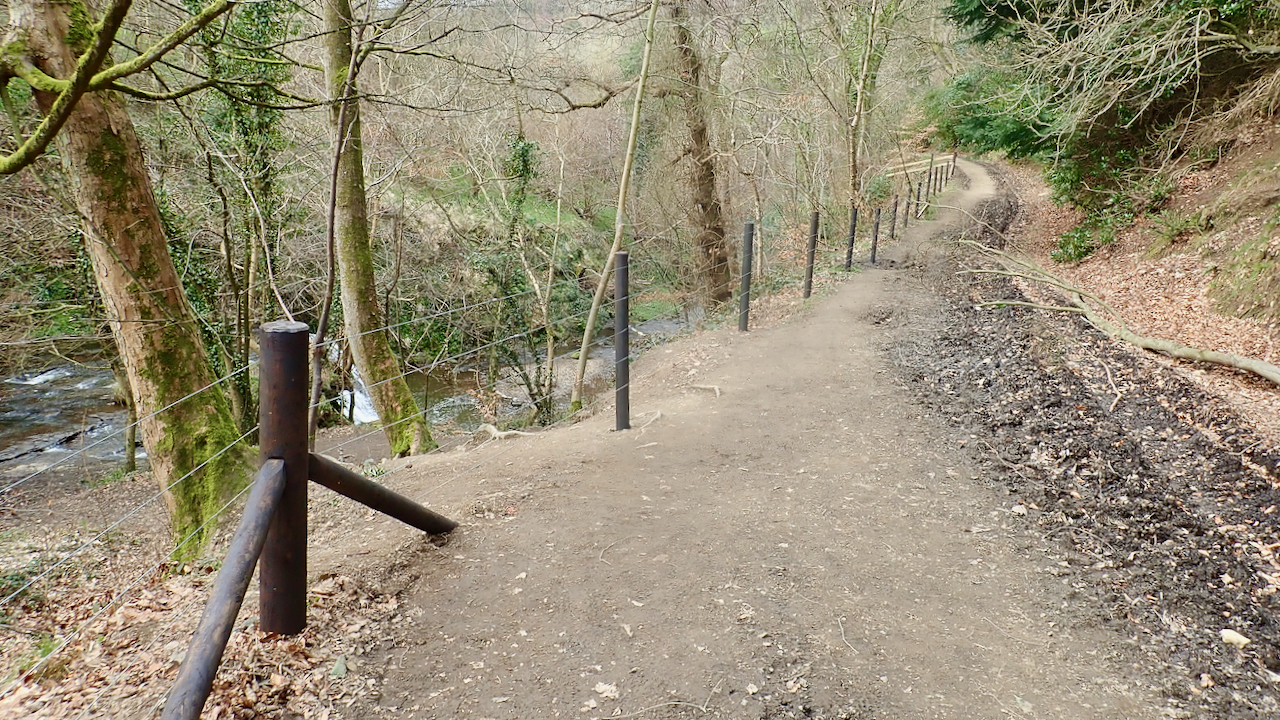 Remember back in October when I commented on the estate padlocking their newly constructed steps down to the Old Meggison waterfall in Kildale?

Well, the steps have now gone, and a hundred metres or so of post and wire fencing has been erected along the riverside of the track in an attempt to restrict access to the waterfall.

I can’t see it working. This morning there was a couple climbing through the fence.

To be fair, over this past year, the falls have attracted an unprecedented number of visitors, many encouraged by its description as a “hidden gem” in the local newspaper. Posts on Facebook have repeated the claim. Is this blog part of the problem?

Some of the new visitors, however, have no respect for the countryside, and have trashed the place. The estate has been left to deal with the human detritus in their wake.

I don’t know what the answer is, but one that gets you no further forward is not a solution. Circulus inextricabilis.

We can only hope that, in the new normal, when pubs and other visitor attractions have reopened, and flights are back on to Torremolinos, the demand for these “hidden gems” of the North York Moors will ease.