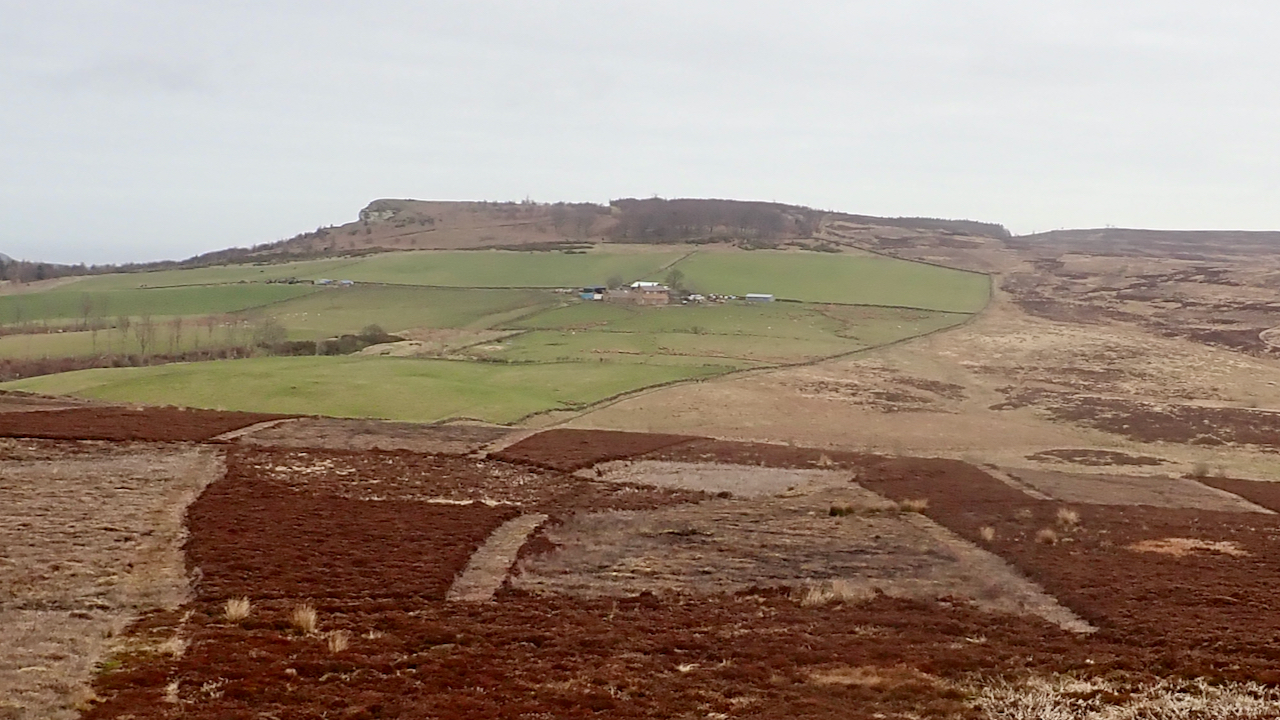 I have not taken a photo from this spot before. Honest. I moved a hundred metres south from Black Nab to be sure.

I have often wondered how Potters Ridge got its name. That low 25 metre high prominence behind Highcliff Nab. I think I’ve found out.

In 1806, Robert Chaloner, the Lord of the Manor, sold a couple of his farms, one of which was Cod Hill (Highcliffe, centre of photo) to Joseph Hickson , who was his agent. Subsequently, Hickson soon sold Cod Hill to a Ralph Potter of Girrick, near Moorsholm1Dixon, Grace. “Two Ancient Townships – Studies of Pinchinthorpe and Hutton Lowcross”. ISBN 0 9507827 2 6 1991.

Now this is not proof that Potters Ridge is named after Ralph Potter but surely it’s too much of a coincidence? Why, however, is another matter.

It seems that Mr. Potter had either, overstretched himself, or he had struggled to make a success of the farm. Probably a combination of the two. For, by 1812, he had sold Cod Hill to a Mr. J Ridley of Ayton. How could he have made his mark on the landscape in just six years?

Is there any other landscape feature which is named after a person? Roseberry of course. And Bilsdale, and Kildale, and Helmsley. Better qualify my query to post-conquest persons.