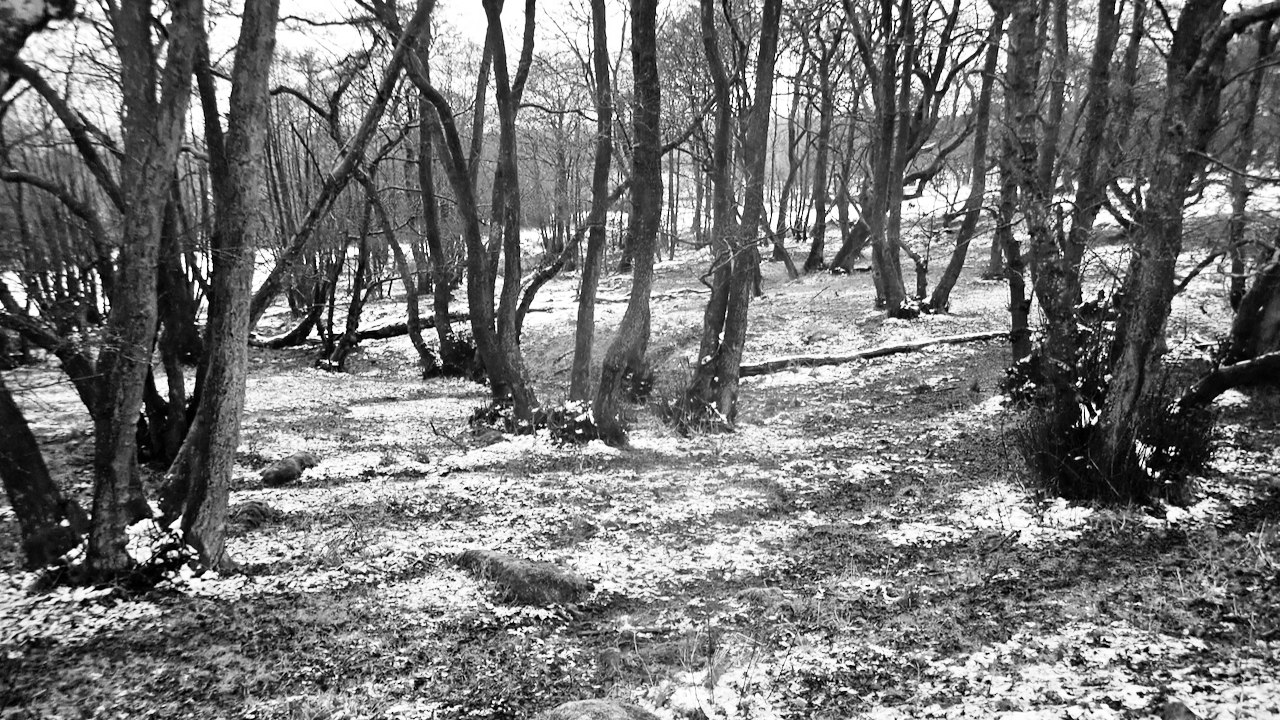 On the old 1857 O.S. map, this area is named as Greenhow Burton. Half a century later, it is mapped as Greenhow Botton. Such is the evolution of names over time. Or perhaps different surveyors misinterpreting the local dialect. The second word of the name derives from the Old Norse ‘Botn’ meaning a hollow.

Off the old railway track from Bank Foot, an old area of wood pasture provided some welcome contrast with the residue of last year’s snowfall.

Turning to climb the incline, the clag closed in. At the gate, halfway up, I took the directissimo route up Greenhow Bank aiming to rediscover some graffiti I had come across many years ago. The mist by now was as thick as the proverbial pea-souper.

It was still there, hidden at the back of a small recess below an overhang. It would be wrong to call it a ‘cave’ but it would certainly provide some shelter in a storm.

The only word I could make out is ‘FOXHUNTERS’ and the initials ‘IC’, ‘RC’, ‘FW’ and ‘WW’. No date but I suspect a good 70 years old judging by the attempt at putting serifs on the letters. Just pretty clumsy scratchings really. It even looks like the writer misjudged the size of the word ‘FOXHUNTERS’ and resorted to continuing around the edge of the rock.

But at least a little bit of interest on an otherwise dire outing.