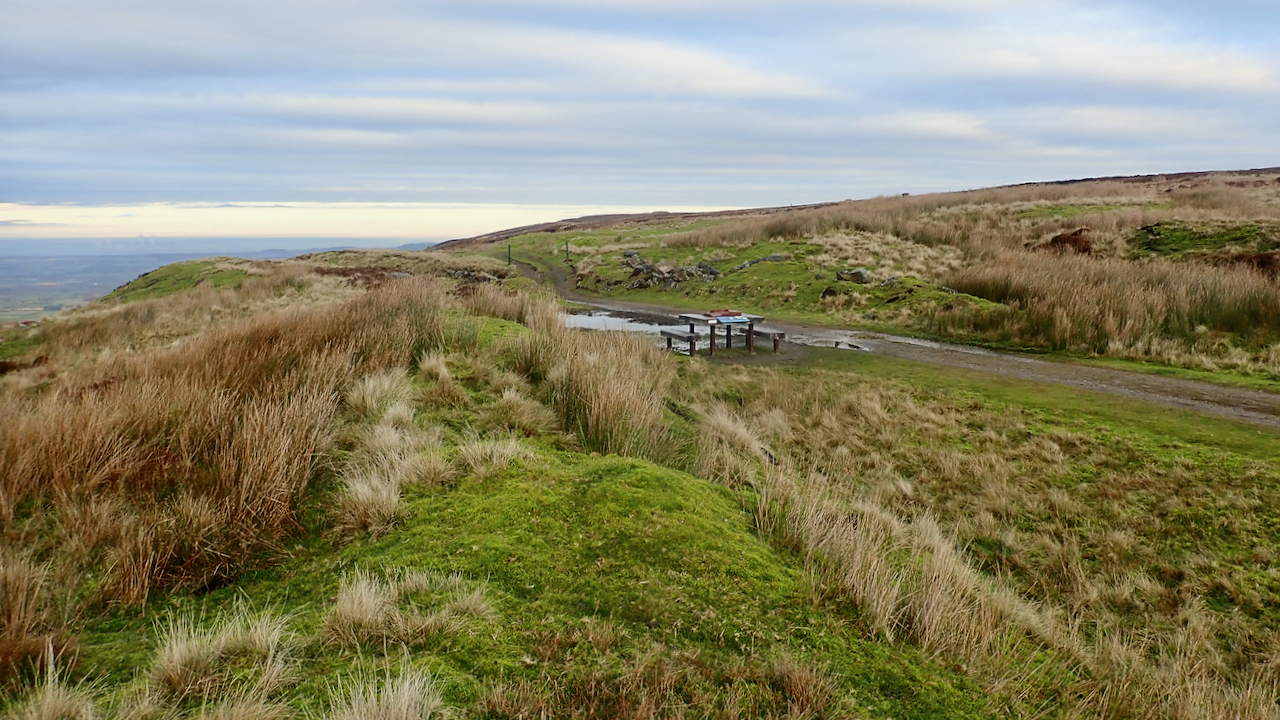 My morning constitutional today featured a one way run from Bank Foot to Clay Bank over Urra Moor. And to save a bit of time I used the old railway incline to ascend to the moor top.

I’d forgotten how much of a slog it is. Nowadays, I am, more often than not, descending on my bike. And that’s pretty hair-raising on a gravel bike. Twenty-nine years ago, Robin Bergstrand, ran up in 8½ minutes. I see two people have beaten this time on Strava, but Robin’s time was a measured mile starting about halfway from the foot of the Incline to the cottages. The first few hundred metres was actually downhill!

Anyway, walking up at a more leisurely pace allowed me to look out for a piece of graffiti made no doubt by an Irish navvy working on the construction of the Incline. A rather unflattering caricature of a man in a top hat. Possibly his overseer. Oh, and a bird as well.

The maximum gradient of the incline varies is 1 in 5, and it’s a welcome relief to crest the summit. The change is abrupt. Here there was a small community, nicknamed ‘Siberia’, of the families of the four railway employees who serviced the self-acting incline where a rake of trucks loaded with iron ore would be lowered down the slope pulling up an empty rake. The steel cable went around a drum at the top where a brakeman controlled the descent. Nominal descent (and ascent) time was about 3 minutes. Not the place for a leisurely stroll up in those days.

There is not much of Incline Top left. A scattering of dressed stone and the odd bit of scrap and timber. It’s been well and truly cleared. For a more detailed history of Incline Top see here.

There is a recent addition. A cast-iron model of the community.

I must say I am not a fan of furniture on the moors. Sculptures, benches and so on. They’re turning the Moors into a theme park. Interpretation boards, I can accept and which I must admit, I do find interesting on areas I don’t know. But I do like this, the rusty patina is quite appropriate. For comparison with the featured image, the viewpoint would be about on the ‘R’ of Rosedale and looking in the same direction.