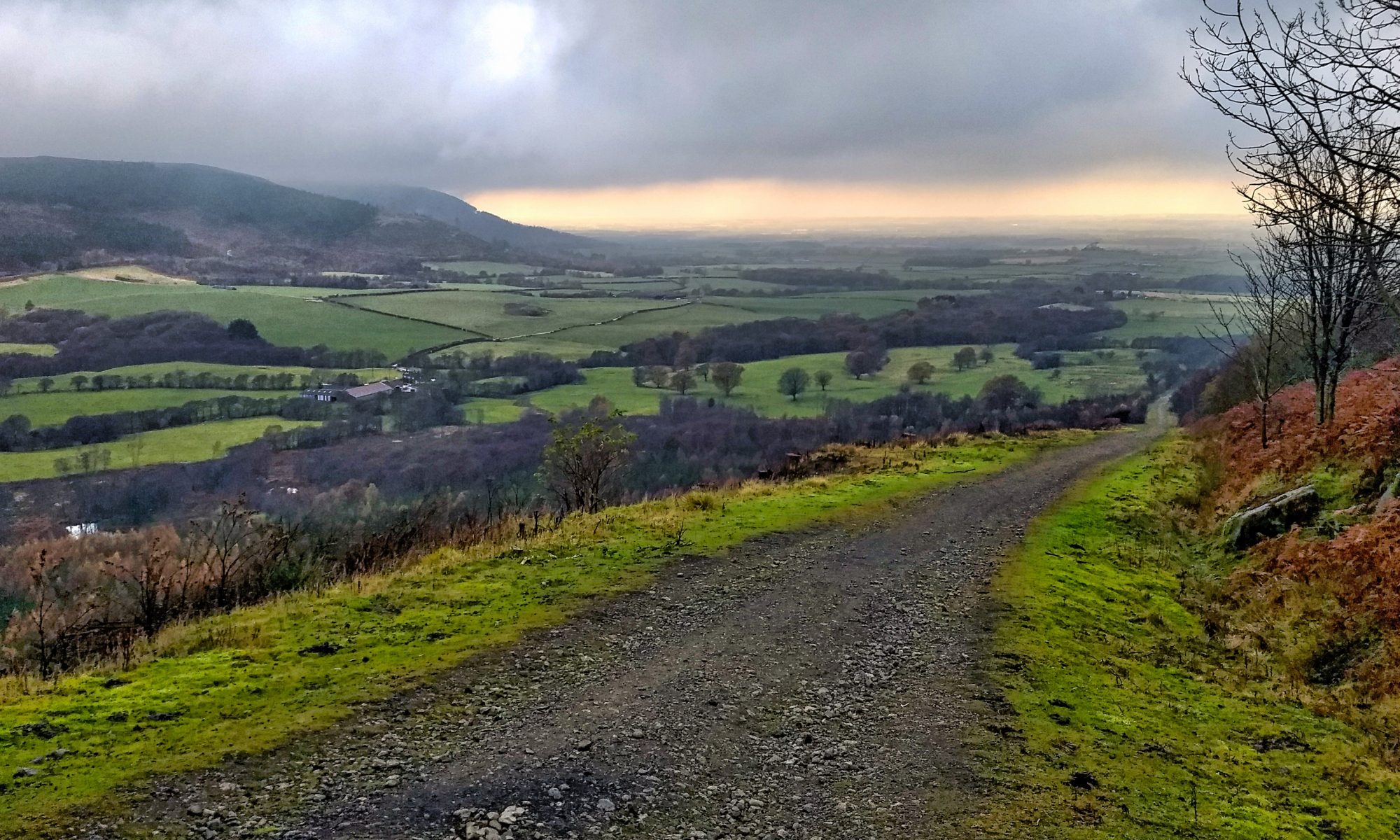 The old railway incline for the Rosedale Branch ironstone railway. Almost a mile long with a maximum gradient of 1 in 5. A rake of trucks full of iron ore would be lowered down by a steel rope, which looped around a drum at the top and pulled up a rake of empty trucks. Speeds of 20 mph were reached meaning the descent took 3 minutes.

I was thinking, as I slogged up the steep slope, how it was constructed. Apparently it took seven months, all by hand with picks and spades. I recall reading somewhere that the navvies, a name given to the construction workers during the building of the navigation canals two or three generations earlier, were housed in a temporary camp in one of the fields on the left belonging to a farm named Siberia. Although some would have been local men from nearby farms and villages, most would be transient moving around the country following the work. In newspapers, they were often denounced as drunkards, as ruffians, prone to fights and rioting but they also had to live in the most squalid conditions. The Ingleby Incline had been built in the 1860s. In 1846, Parliament had launched an inquiry into the camps and work-sites across Britain, so there may well have been some improvements and Siberia would have been a relatively small and short-lived camp but nevertheless it is reasonable to imagine conditions being grim and harsh. On some of the larger camps, the navvies often lived with their wives and children. Sometimes the workers built their own schools, churches, and hospitals on-site as well as open-air lectures and lending libraries. However, it seems doubtful that Siberia had such amenities. As far as I know, there are no traces of the camp remaining.
 Open Space Web-Map builder Code