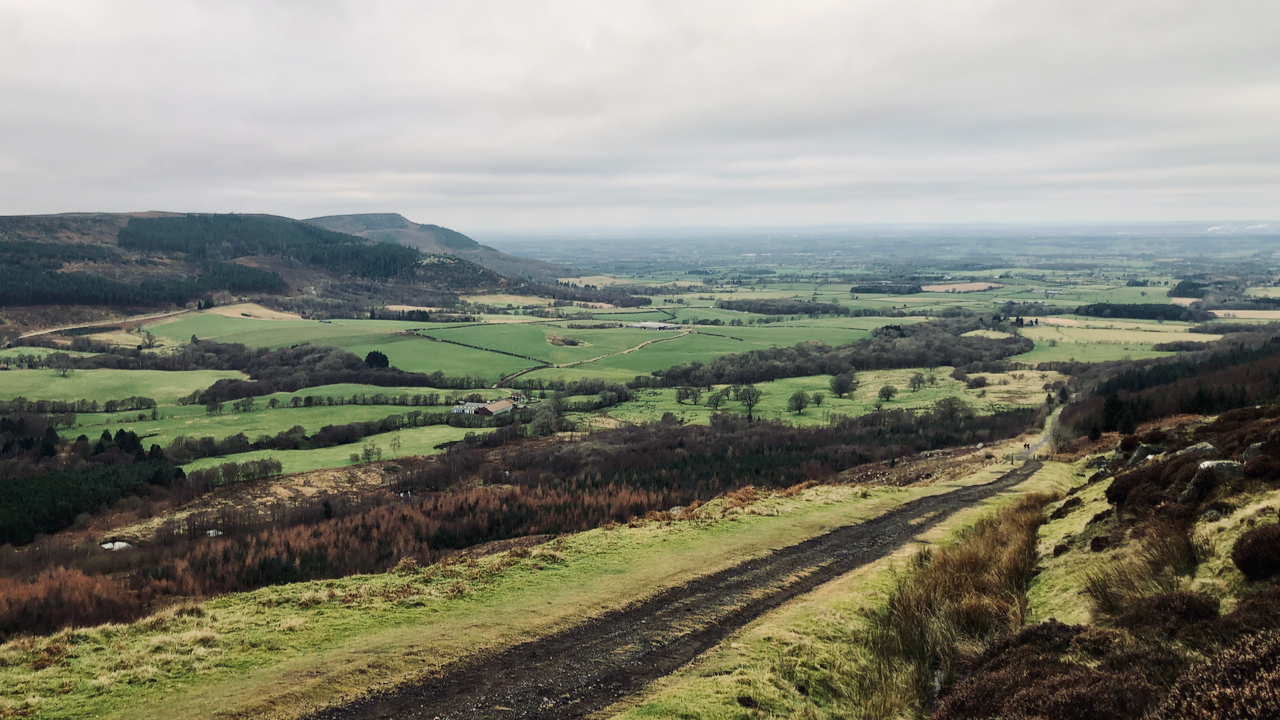 As I was struggling up the Ingleby Incline I spotted the carving of the top hatted gentleman about ¾ of the way up and a nascent connection with one of today’s historical anniversaries formed.

I have taken a photo of the carving before. Nothing much has changed so I thought I might as well reuse it.

I surmised before that this piece of graffiti was made by an navvy working on the construction of the railway to the ironstone mines of Rosedale1Out and about … (2020). Incline Top. [online] Available at: http://www.fhithich.uk/?p=24490 [Accessed 23 Jan. 2022]..

But now I’m not so sure. I wonder whether the daily routine of navvies wouldn’t have allowed them time to spend on the ‘artwork’ before having to descend back to their camp at the farm Siberia at the foot on the incline.

Perhaps more likely the carving could have been done by one of the railwaymen living in the cottages at the Incline top who had a bit of time on his hands at the end of the working day.

But on the other hand, top hats were in fashion in the early 1860s when the incline was being built.

And tensions with the navvies were high. In February 1860, a dispute erupted over the payment of wages when Thomas Towns, agent for the contractor, Mr. Cail, was set upon by a group of 60 in a public house in Ingleby Greenhow. Towns ended up being “brutally treated, and was laying on the floor bleeding and calling out murder”2‘Local Intelligence’ (1860) Yorkshire Gazette, 31 Mar, 9, available: https://link-gale-com.ezproxy.is.ed.ac.uk/apps/doc/JE3230895773/GDCS?u=ed_itw&sid=bookmark-GDCS&xid=2d694efa [accessed 23 Jan 2022]..

Is the carving a portraiture of Mr. Towns or Mr. Cail?

Nowadays top hats are perhaps best known for weddings, Ascot, and Eton school, although it is no longer part of the school uniform but they may be worn for some event on the Fourth of June.

Which brings me on to today’s ‘on this day’.

Eton school prides itself in churning out Prime Ministers and one of these was David Cameron who, on this day in 2013, gave a speech at the offices of Bloomberg in London.

This morning I want to talk about the future of Europe.

But first, let us remember the past.

Seventy years ago, Europe was being torn apart by its second catastrophic conflict in a generation. A war which saw the streets of European cities strewn with rubble. The skies of London lit by flames night after night. And millions dead across the world in the battle for peace and liberty.

He went on to say the British people must “have their say” on Europe and pledged an in/out referendum if he was re-elected.

Labour’s Ed Miliband opposed such a referendum and said it is “going to put Britain through years of uncertainty, and take a huge gamble with our economy”4Wintour, P. (2013). Ed Miliband unnerves colleagues by rejecting in-out EU referendum. [online] the Guardian. Available at: https://www.theguardian.com/politics/2013/jan/23/ed-miliband-eu-referendum-david-cameron [Accessed 23 Jan. 2022]..

And the rest they say is history.