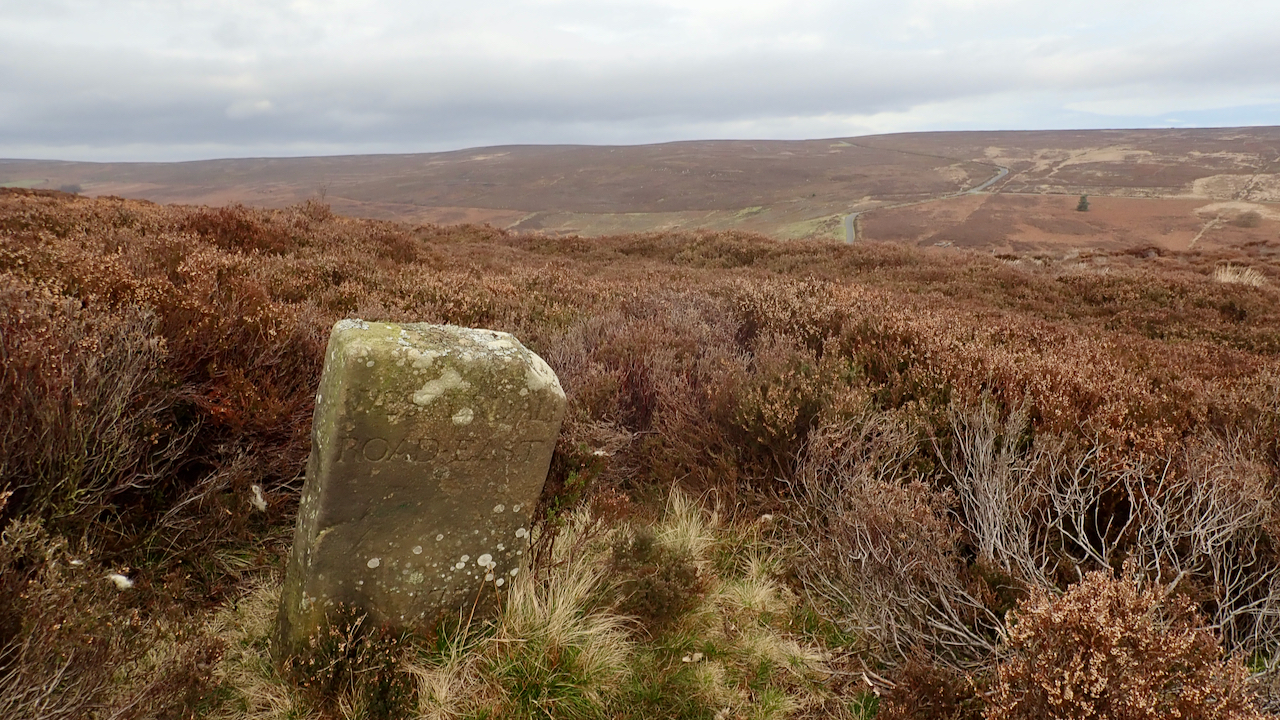 Very close to the ruined farmstead of Jane Frank Garth above Hob Hole and inscribed with ‘WESTERDALE ROAD・EAST‘.

It’s located on Little Hograh Moor, about 350 metres from the Hob Hole to Westerdale Road and away from any modern footpaths, Tucked way in the heather.

Jane Frank Garth is more locally known as ‘Gin Garth‘ due to its supposed reputation as a smuggling den. But perhaps this stone is evidence that the old packhorse route from Guisborough to Westerdale, known as Ernaldsti, actually went past the farmstead. The temptation is to assume that the modern road has been built along the course of the ancient route. But heather and moorland vegetation can quickly obliterate a track.

This notion is supported by two gate posts I had passed earlier about 200 metres upstream from the ford. Tom Scott Burns in ‘The Walker’s Guide to the Cleveland Hills‘ suggests that these indicate the site where Baysdale Beck was once crossed by a packhorse bridge.

I think another trip is beckoning to search for any signs of this bridge.