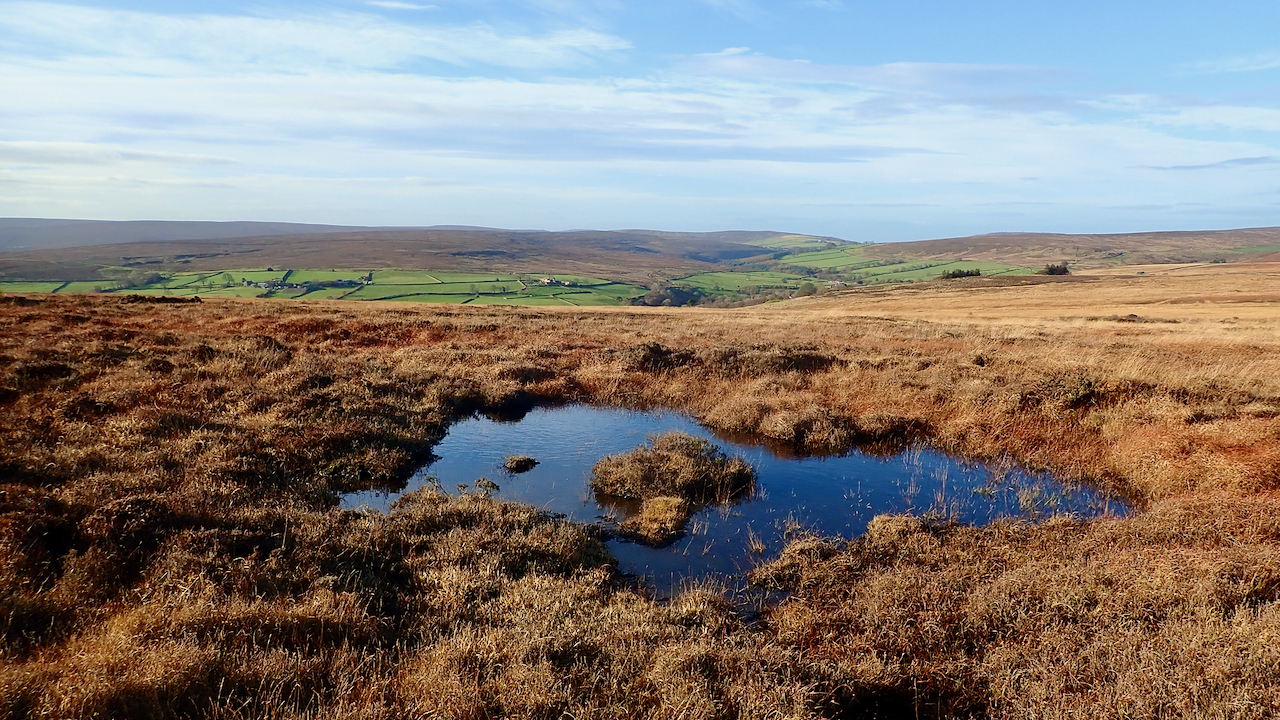 The North Yorkshire Moors has been my playground since 1973, and yet every so often I get to someplace where I’ve never trod before. I’ve seen this view before, a mere glimpse whilst travelling at 60 mph down along Three Howes Rigg road on the way to Castleton. Cycling allows a longer view, but until today I had no reason to stop.

I was on a wild goose chase. Looking for a weathered stone engraved with the date 1832 supposedly marking the spot where a young servant girl committed suicide. That’s according to Tom Scott Burns (1946-2011), a prolific writer on the Moors.

I had a grid reference pointing to close to the southernmost of the Three Howes (although there are actually five of them) but zilch, nada.

A little more research back at home revealed that opinion is the stone was removed sometime this century. There is a photo available on the Modern Antiquarian website taken in 2002.

The stone is referred to on the Historic England entry for this howe although this gives the date as 1882.

As for the history, again I drew a blank. Google failed me. Who was the mystery girl and what sorrow caused her to take her life?

But just fifty metres or so up the hill, a small pond provided a nice foreground for this view of Commondale.