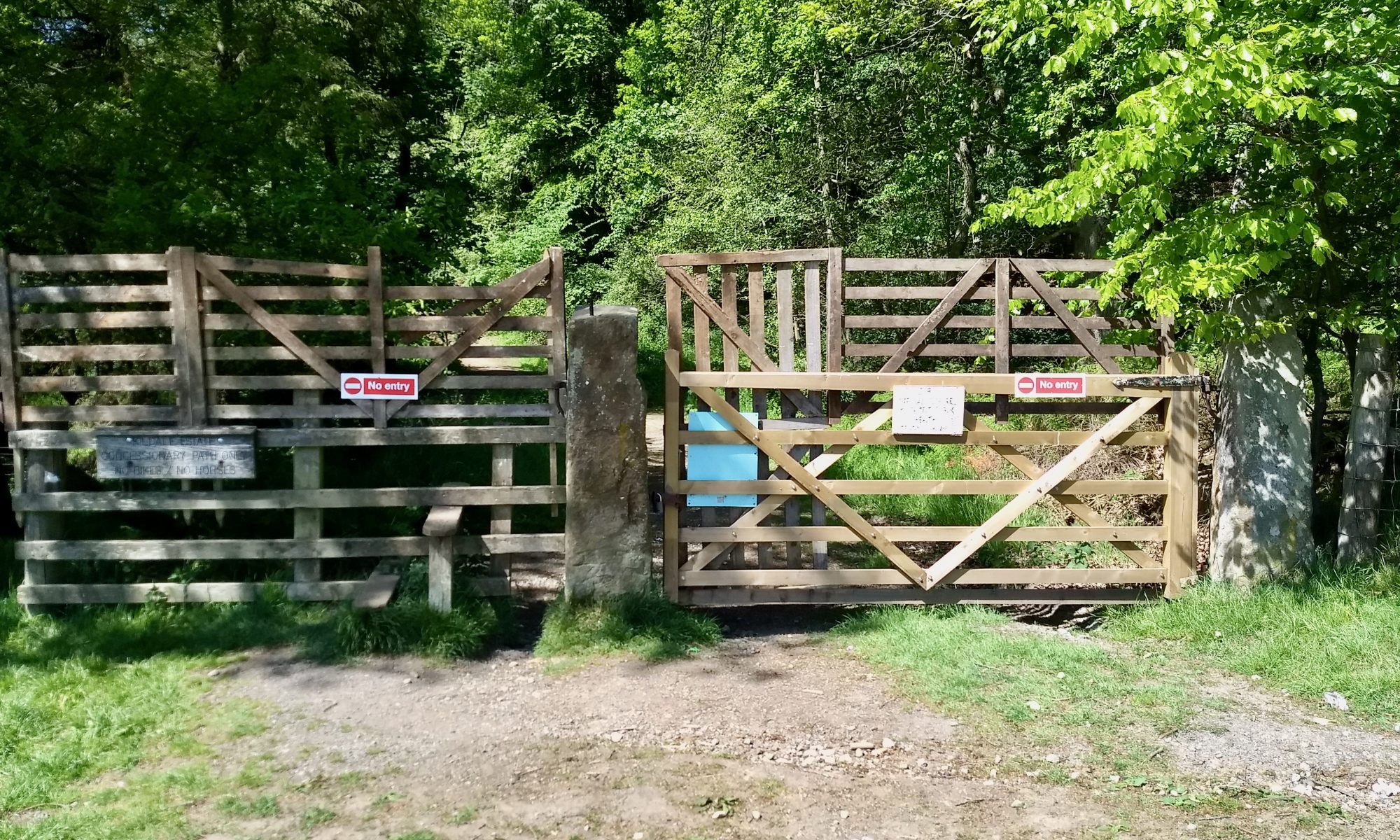 A funny old day. I’m incandescent with happenings in London, I’ve found myself agreeing with Piers Morgan, Tory MPs, The Daily Mail and several bishops. I meet with a dozen or so motorcyclists on a Public Bridleway but forgot to press the record button on my phone. And, to cap it all, I now find one of my favourite paths barricaded. Apparently, it’s an

As far as I know, this is a Public Right of Way, a Restricted Byway to be exact. Although there is not yet any indication as such on the Ordnance Survey map, an appeal, in December 2016, to re-designate the route running from Kildale to Low Easby Lane as a Restricted Byway was allowed. For those who want some soporific bedtime reading the appeal can be found here. Apparently, the track was created as “a private carriage drive to Kildale Hall” with a “ticket arrangement” in use until 1939.

To date, there has been no signage erected indicating the Right of Way neither has theNorth York Moors National Park nor the North Yorkshire County Council Rights of Way maps been updated. I have written to the NYM National Park Authority twice before but have not received a reply.

In fact, as you can see, there is still some old local signage erroneously saying the route is a “Concessionary Path”.

Of course, there’s always the chance that the decision may have been appealed higher but I haven’t been able to find anything.

Now, in the last few days, a formidable makeshift barricade has been erected preventing the public from using the Restricted Byway under the pretext of the Coronavirus pandemic.

About 400 metres down this track is an idyllic waterfall on the River Leven known as Old Meggison, a local beauty spot that is a favourite for children to play in the river and splash pool. I suspect on Saturday it became too popular hence the sudden barriers. But officialdom doesn’t work at that speed.

Another letter today to the National Park.

Stop press
I received two email replies this morning (26 May 20) from the North York Moors National Park. One said

and went on to suggest I take the matter up with North Yorkshire County Council.

This raises more questions:
Who will “confirm” it?
Why has it taken so long, 3½ years, for this confirmation?

The other email from the North York Moors National Park merely informed me they have passed my enquiry to North Yorkshire County Council.

So, watch this space.