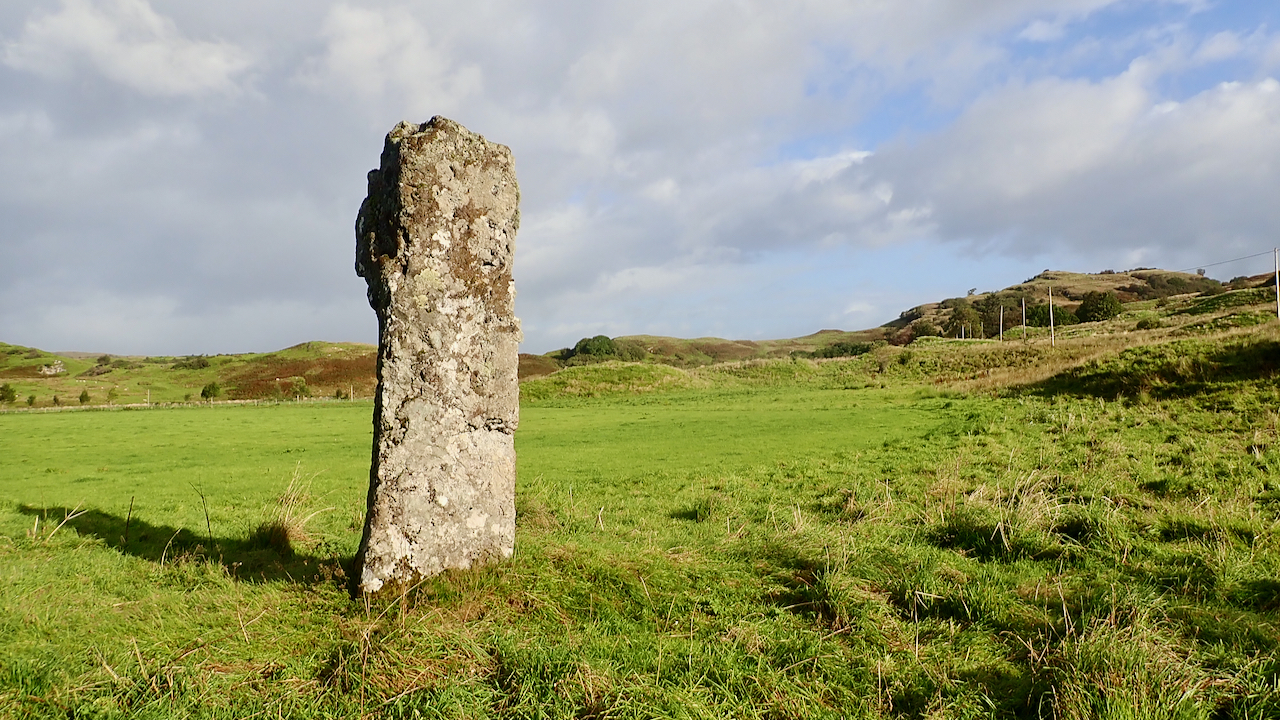 I stumbled across this massive standing stone on my morning run. Well, I tell a lie, I was carrying a map and was attracted to the Gothic font which is a giveaway of something interesting.

It is truly a monolith, 12½ feet tall, made of granite, and 13 feet in girth. Probably erected by Neolithic farmers.

Legend has it that it marks the spot where an Irish warrior named Diarmuid Ua Duibhne, died and was buried, hence the stone is also known as Carragh Dhiarmaid or Diarmaid’s Pillar.

However,  another variation of the legend says Diarmuid was killed in Benn Gulbain is in County Sligo, Ireland. He was a member of a band of warriors called the Fianna and he ran off with the leader’s intended bride, Grainne, and was killed by a giant boar. So you pay your money and take your pick of the tales.

I was running in Glen Lonan, an area rich in Neolithic and Iron Age history. Close by to Clach na Carraig, and I mean just a hundred metres or so, are a stone circle comprising about 31 large but squat rounded stones and a cairn, marked by 12 large kerbstones. Elsewhere in the glen are duns, hut circles, and cup-marked stones. There is a chambered cairn south of Loch Nell, and the loch itself contains at least two crannogs.

Yet it is a glen that is largely missed off the tourist itinerary.
 Open Space Web-Map builder Code