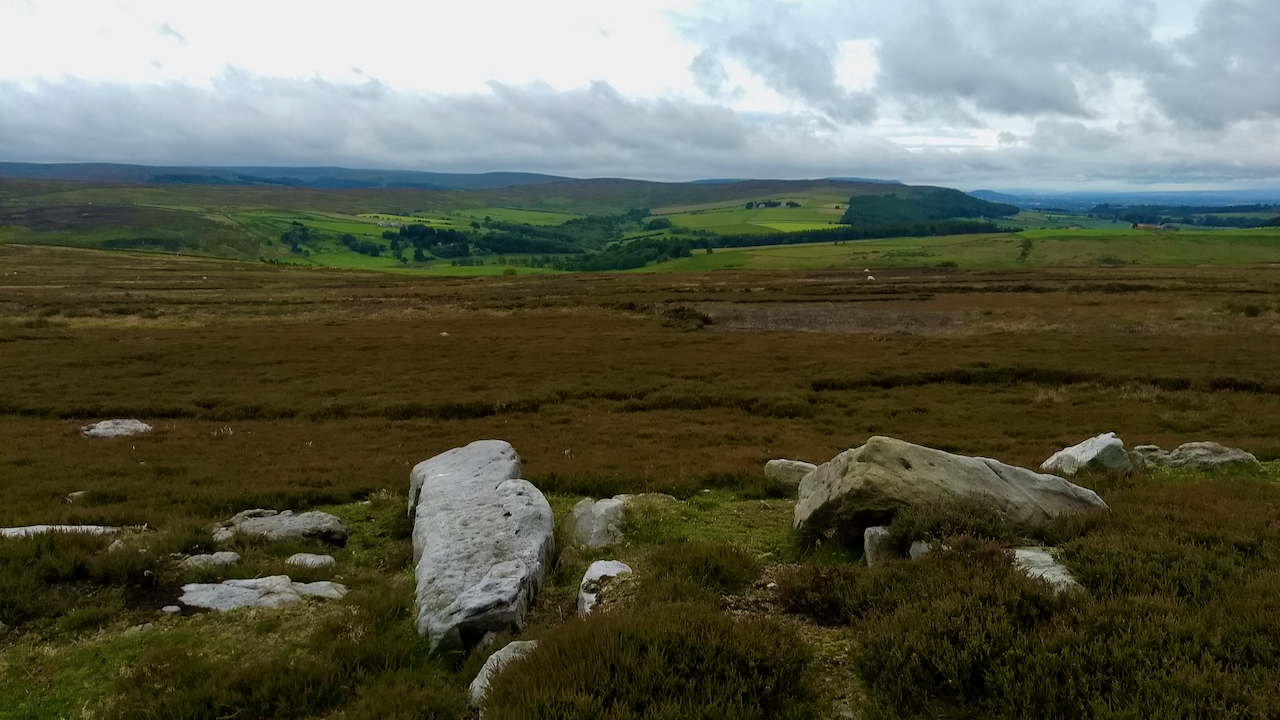 There’s nothing quite like exploring a new place, seeing a new view, or just the sudden recognition of a familiar view from a different direction. The last time I was on Wayworth Moor to look at the stone circle was 2016. Five years, it seems an eternity.

Ahead, Leven Vale is suffused in the verdurous light from a thinning of the clouds. On the dark Warren Moor beyond, a marshy spring masquerades as the source of the obsequent River Leven which abruptly veers west to the Tees valley avoiding its natural confluence with the Esk.

On the brow of the ridge, right of centre, hidden by the small copses is Warren Farm, built by Sir Charles Turner in 1780. The Turner family, wealthy merchants, had brought the Kildale Estate in 1662 from the Earl of Northumberland. Sir Charles Turner had a reputation as an agricultural improver, who built a number of farmhouses on the Kildale Estate following land enclosures of 1772.

Further to the right, and more obvious is Percy Rigg Farm (or Viewley Hill Farm as it was once known).

One Reply to “On Wayworth Moor”