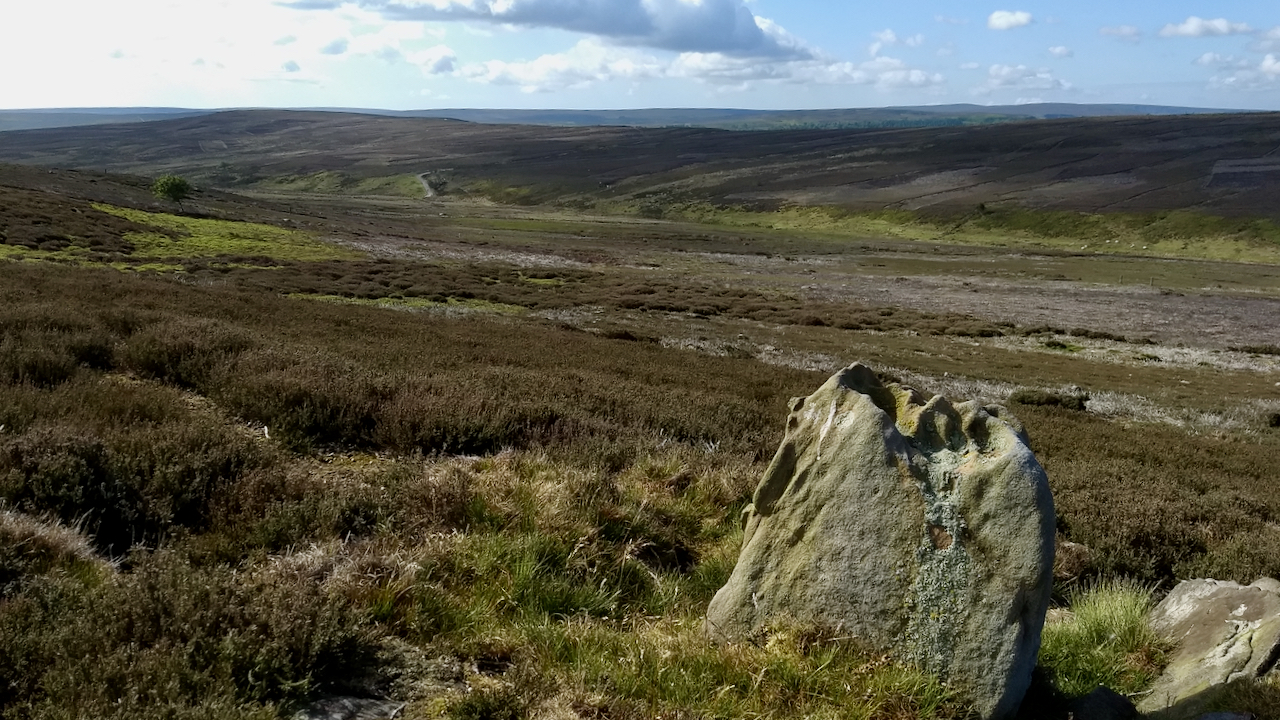 Sans le chien so a chance to go off-piste.

So this is looking back after crossing Rivelingdale from Percy Cross Rigg and climbing Codhill Heights. The map indicates an old field system hereabouts, but there is not much to see. This small standing stone may or may not be significant, but as Donkey said in ‘Shrek’ “That is a NICE boulder”.

The first element of Codhill, ‘cod‘ is derived from the word Norse ‘keld‘, meaning ‘spring’, but there is not much sign of any.

In Sweden, there is a long tradition of name days or ‘Namnsdag‘, which is celebrated like an extra birthday. Folks will be greeted with ‘Grattis på namnsdagen‘ and they may receive a card, cake, or some other little present. Apparently, birthdays were considered pagan, whereas name days has links to Christian baptism was more acceptable. So today, both are celebrated.

So which is the name for today, 10th June?

Well, it’s ‘Boris‘, a name that has become all too familiar.

There are two derivatives of the name.

One is from the Turkic ‘Bogoris‘ meaning ‘small one’. (Turkic-speaking ethnic groups include the Turkish people, Azerbaijanis, Uzbeks, Kazakhs, Turkmens, Kyrgyz and Uyghur people.)

The second is a diminutive, ‘Борис‘, of the more formal Russian name Borislav.