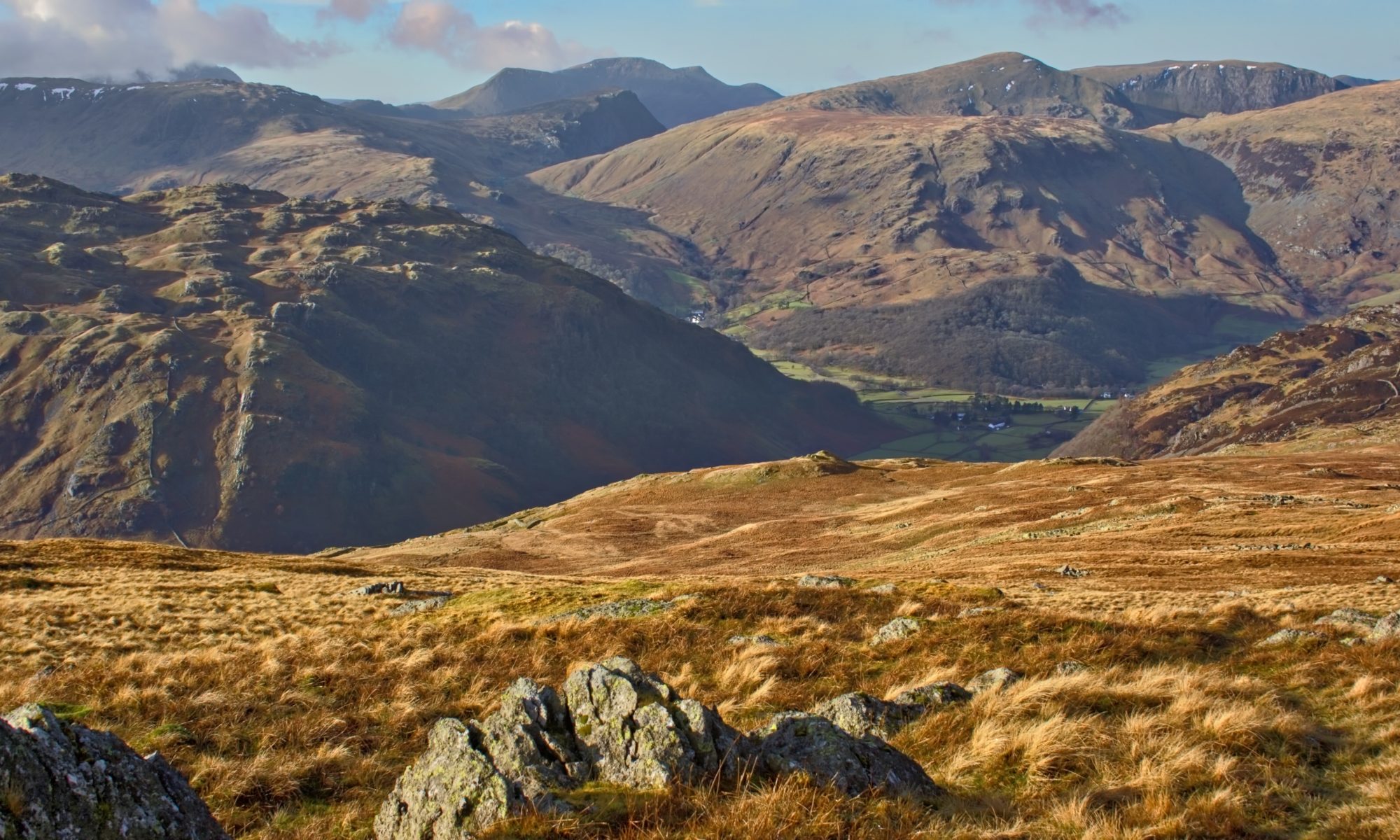 January 2011 and a smidgeon of snow persists in the gullies of the Central Fells. I’m at about the 670m contour on the north-east slope of Ullscarfe. Just below a knoll that’s named High Saddle.

Below is Borrowdale, and the settlement of Stonethwaite which was, in the 13th-century, a medieval vaccary for Fountains Abbey, over the Pennines in Yorkshire. Much of the rest of Borrowdale was owned by Furness Abbey. Now both these were Cistercians monks but that didn’t seem to stop them arguing. Eventually, in 1302, King Edward stepped in and confiscated the property which he then sold back to Fountains Abbey for 40 shillings! Of course, Henry VIII was to seize both houses in 1539.

The social centre of Borrowdale has long been another ‘…thwaite’ Rosthwaite, named from Old Norse for the ‘clearing in the rose thorns’.

Fast forward to the Victorian age, in 1883 a plan was hatched to build a railway to serve the slate mines at Honister. It was vigorously opposed by Canon Hardwicke Rawnsley, the vicar of the Parish of Crosthwaite and a founder member of the National Trust.

But on a lighter note, making fun of one’s neighbours is a universal pastime. Whether it be the English making jokes about the Irish, the French about the Belgians, or the Finns about the Swedes. So the good folk of Keswick would tell tales of their neighbours up the valley. One was of an old Borrowdale farmhand who was sent to a distant town to buy some quicklime. As this was a time when the road along the side of Derwentwater was unsuitable for a cart, the lime had to be carried by packhorse. Nearing Grange, it began to rain, not surprising as Borrowdale is the wettest place in the whole of England, and to the farmhand’s alarm, the sacks of lime began to smoke. Fearing the devil was in the sacks, the farmhand threw the sacks into the river whereupon they boiled and smoked even more [Ref004].

Perhaps the farmhand drowned his embarrassment that night at the Miner’s Arms which is now known as the Royal Oak.
 Open Space Web-Map builder Code