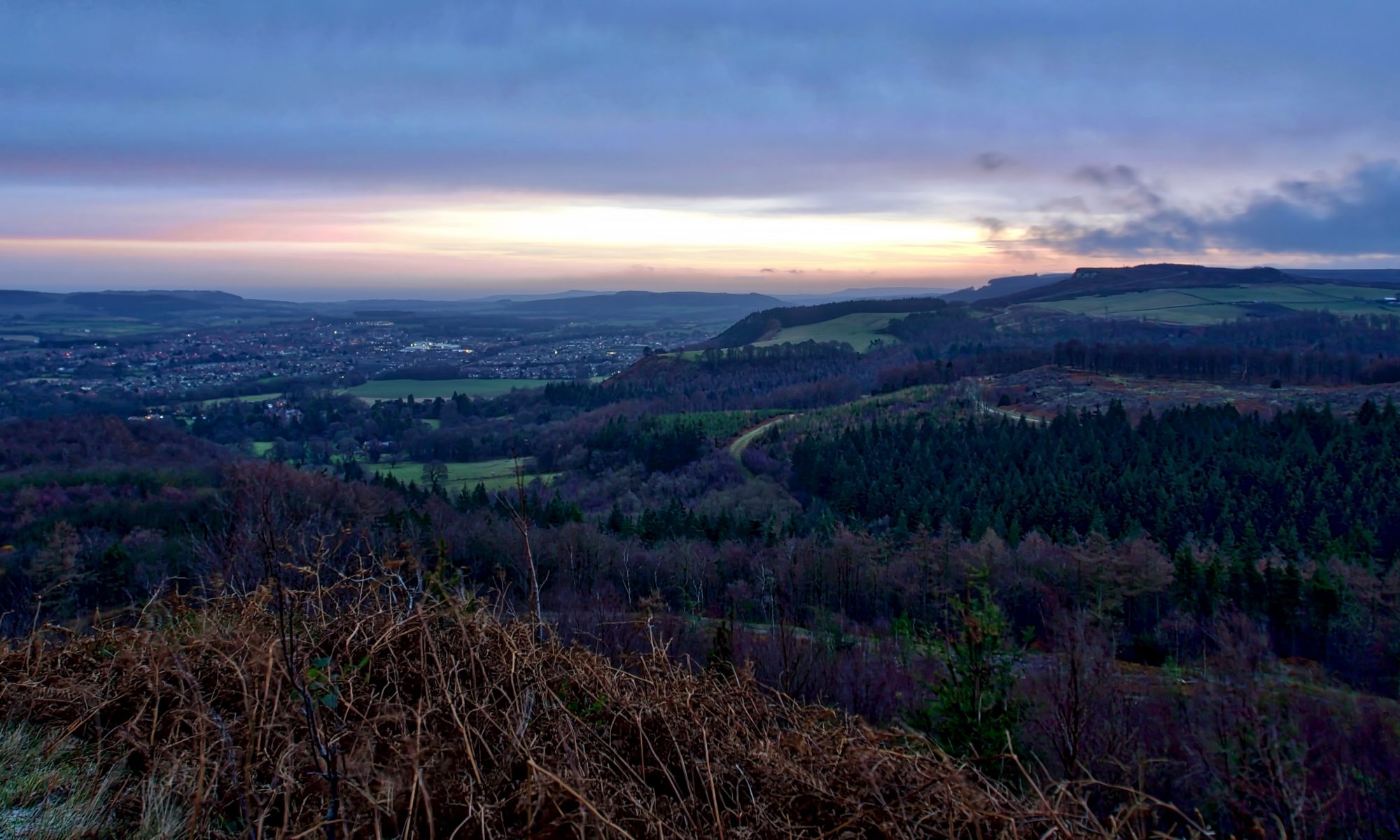 High on my bucket list of the places to visit is Iceland but since it’s become the de rigueur tourist destination it’s probably dropped down a bit. But I am still very interested in all things Icelandic.

“Þetta reddast” is an Icelandic phrase which google translates as “it will all work out”. Living in a harsh, barren country, Icelanders have a reputation for being carefree and believing that, no matter how big the problem is, things will always work out in the end. It’ll be alright on the night. So at your darkest hour, when it seems the world is going to end “þetta reddast”.

And it was dark this morning. An early start, hoping to get up to Ryston Nab for the sunrise. But it sort of spluttered in, with just some faint colouring which soon petered out. Looking down onto Guisborough with Highcliff Nab on the right.
 Open Space Web-Map builder Code