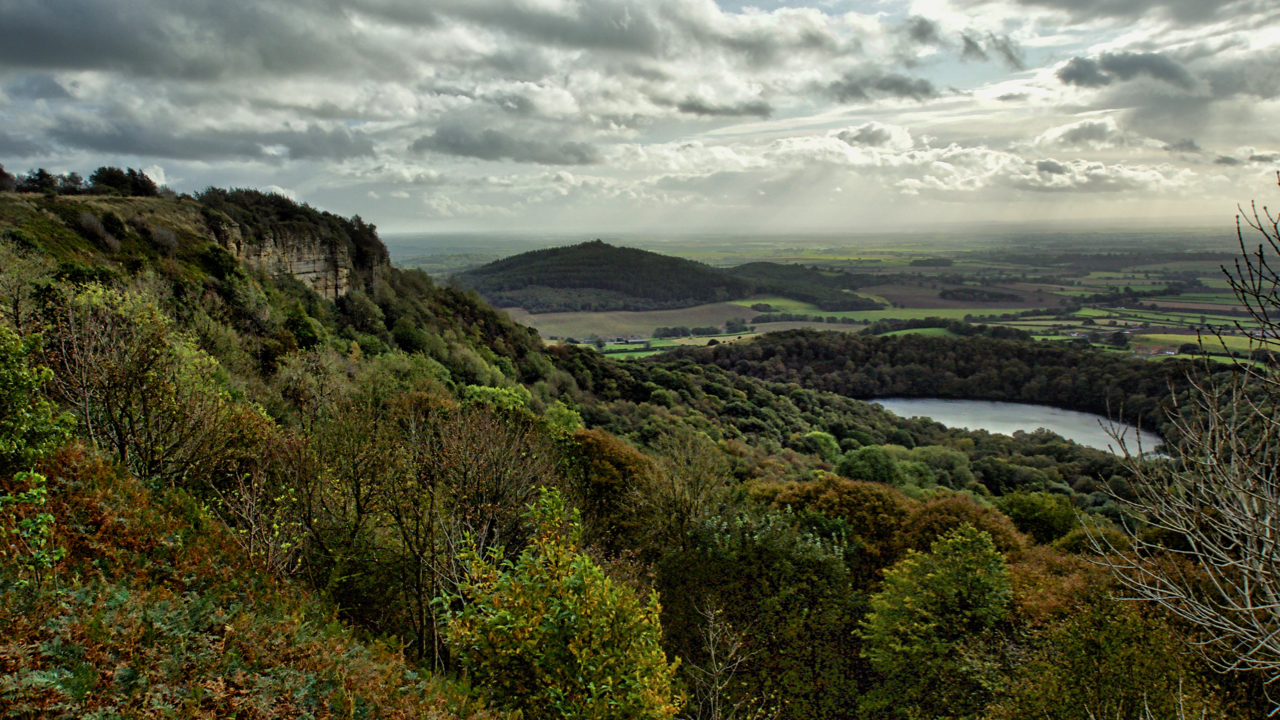 Looking down onto Lake Gormire near Sutton Bank. A place of myth and legend. In the distance is the elongated Jurassic outlier, Hood Hill with where Druids were said to have made sacrifices. Some say Lake Gormire was made when an earthquake swallowed up a whole town. The roofs of the houses and chimneys can still be seen below the watery depths. Others say it could be bottomless.

There is also the story of the Abbot of Rievaulx Abbey, a local knight, Sir Harry de Scriven and the Abbot’s white horse, famed for its beauty and speed. One day Sir Harry and the Abbot were drinking in an inn not far from here. Sir Harry who had long coveted the Abbot’s white mare, told him that a local farmer needed to see him urgently. Now the Abbot had had rather a lot to drink and accepted Sir Harry’s offer to accompany him. A storm was brewing so Sir Harry suggested they swop horses as his horse was bigger and more sturdy. So they set off into the approaching storm with Sir Harry on the white mare. Soon a race developed with the Abbot edging ahead and Sir Harry pushing the white mare harder. Suddenly Whitestone Cliff loomed ahead and the two riders galloped over the edge. As Sir Harry plunged down to Gormire Lake, he heard an evil laugh and turned to see that the Abbot had grown a pair of horns and a long forked tail.