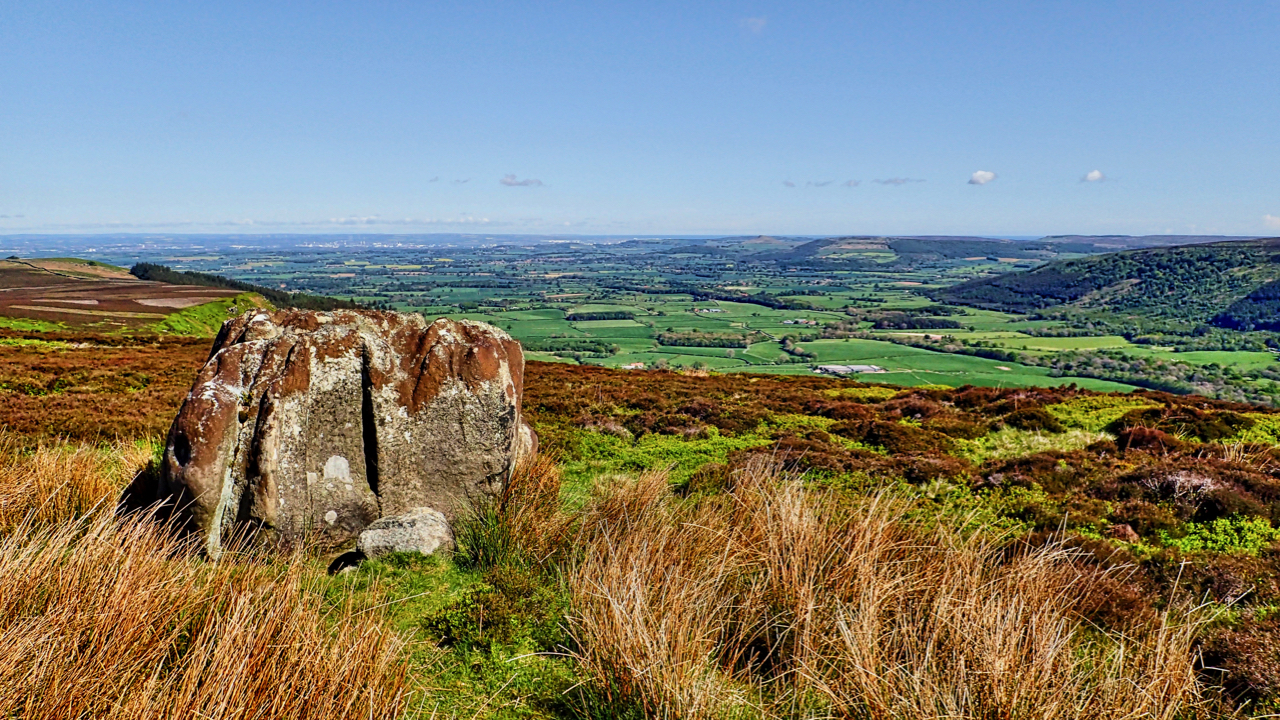 That deep embayment at their western extremity, Greenhow Botton, around which the moors attain their greatest elevation of nearly 1500 feet, is perhaps the most remarkable feature of the hills. The Botton lies almost a mile to the south of the line of the main range of uplands and has remarkably steep and precipitous sides on the south. These sides are wild and rugged in the extreme and are gashed with numerous water-courses.

So wrote Frank Elgee, in his 1912 book, The Moorlands Of North Eastern Yorkshire.

I am on Botton Head on Urra Moor, having been attracted by an inviting series of parallel gullies from Carr Ridge. Parallel gullies are not uncommon on moorland edges and are invariably manmade, the result of years of passage gradually eroding deeper and deeper, and eventually becoming too difficult to use when a diversion develops. Perhaps this was the original route of Haggesgate, the medieval road across the moors rather than the modern track that is the Cleveland Way. And this boulder would have been an obvious intermediate landmark on the route up to the tumulus on Round Hill.

On the earliest Ordnance Survey map, this “deep embayment” is referred to as Greenhow Burton but this may be due simply to their surveyors mishearing the local pronunciation. The Botton element apparently comes from the old Scandinavian word botn meaning the head of lake or dale or a flat bottomed valley. A similar word is still used today in modern day Iceland.
 Open Space Web-Map builder Code

One Reply to “Greenhow Botton”