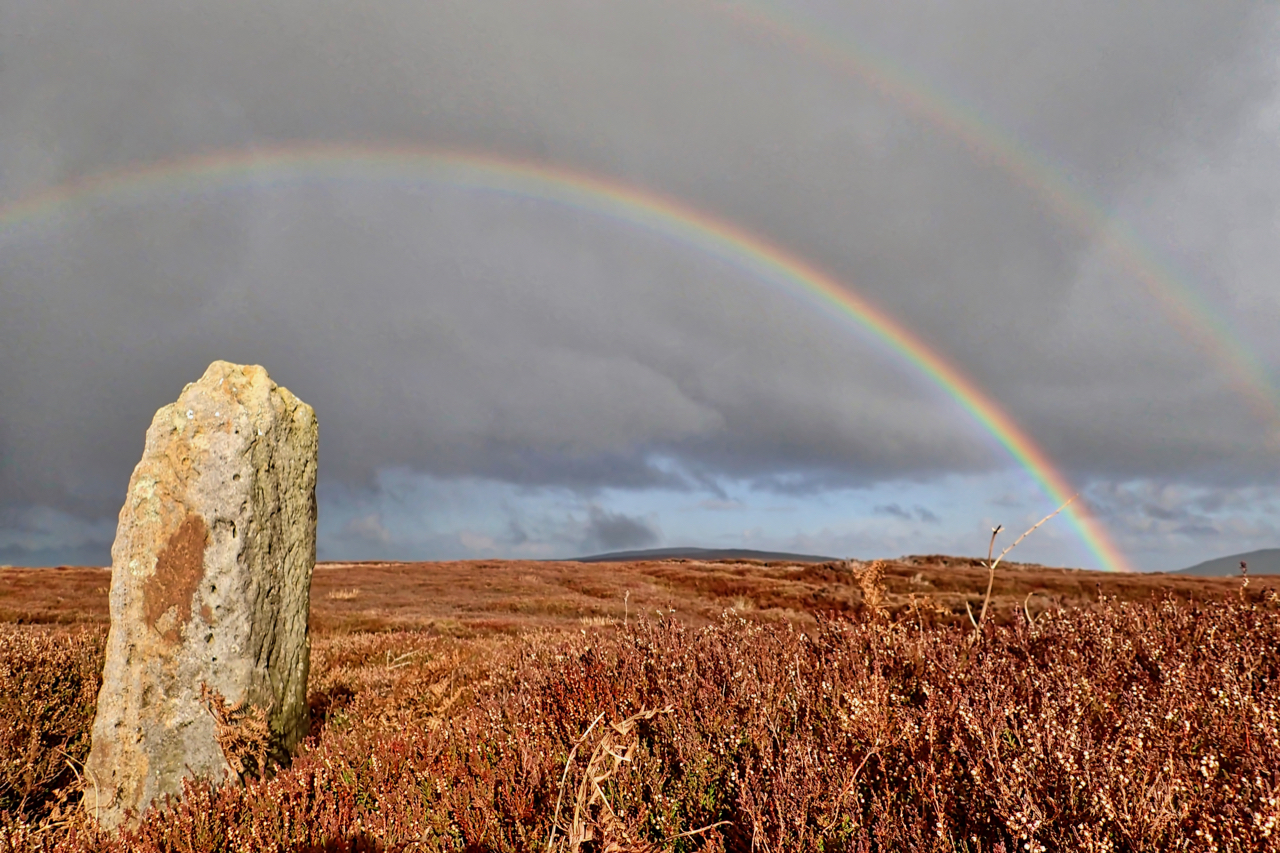 A morning run up Scugdale and over to the Lords Stones, where I was to meet my wife. “Did you see the rainbow?”, she asked. Wanting to avoid pedantry I replied I had but I could have said: “no, but I saw a rainbow”. I took a photo of it and this is it. It is unique to me.

Rainbows only exist when seen by an observer who is exactly between the sun and the rain. Rain droplets at a specific angle between the observer and the sun refract and reflect the sunlight dispersing it into light of different wavelengths. So a different observer will see light reflected from different raindrops. A different rainbow entirely.

And my rainbow is a double one separated by the darker band known as Alexander’s Band after the Ancient Greek philosopher Alexander of Aphrodisias who was the first to record it. Secondary rainbows indicate big raindrops as does the intense red band as a few minutes later I found out. In the secondary rainbow the colours are reversed. So I guess its colours can be memorised by the mnemonic “Vain In Battle Gave York Of Richard”. Perhaps not as catchy as that for the primary rainbow.
 Open Space Web-Map builder Code