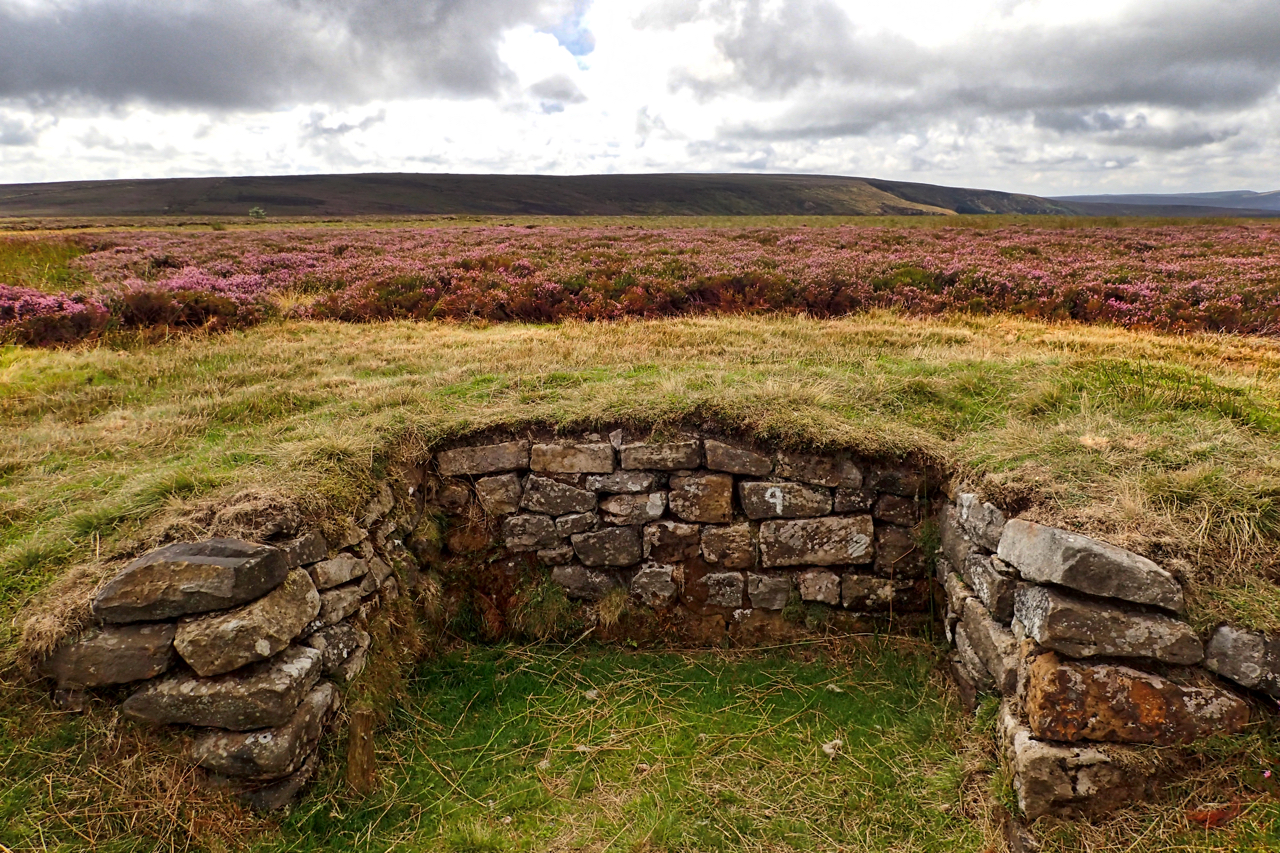 The first day of the grouse shooting season so I took in a circuit via Urra and Greenhow Moors in the hope I might come across a shoot. It is not the “Glorious 12th”, of course, that was yesterday but being a Sunday the start is postponed for a day unless you are in Scotland when shoots can take place on a Sunday but the English practice is generally observed. But all was silent.

This early in the season, the grouse will be flying in their family covey of between eight and twelve birds. Later, larger flocks of thirty to fifty will have formed. A line of beaters blowing whistles and waving flags will drive these packs towards the guns hidden in their butts. It must be quite difficult to actually miss. According to industry statistics, an estimated 700,000 grouse are shot every year in Britain in the name of this “sport”.

But the Beast from the East and the summer drought have taken their toll and the grouse “bag” is down resulting in many estates curtailing or cancelling their shoots for this season. This does not bode well for future years. No doubt the estates will put even more effort into replenishing the stock for next year. More intensive land management resulting in degrading of the soil, releasing of carbon into the atmosphere and causing flooding down in the valleys. Any wildlife that predates on the grouse eggs or young chicks will be ruthlessly exterminated. Birds of prey, stoats, weasels and foxes. Even the Mountain Hare is not immune. Although the hare is not found on the North York Moors estates in other parts of the country believe they carry the ticks that transfer the tick-borne louping-ill virus to the grouse. Mountain Hares are consequently not tolerated and are culled. All in the name of this barbaric “sport”.
 Open Space Web-Map builder Code

2 Replies to “First day of the grouse shooting season”