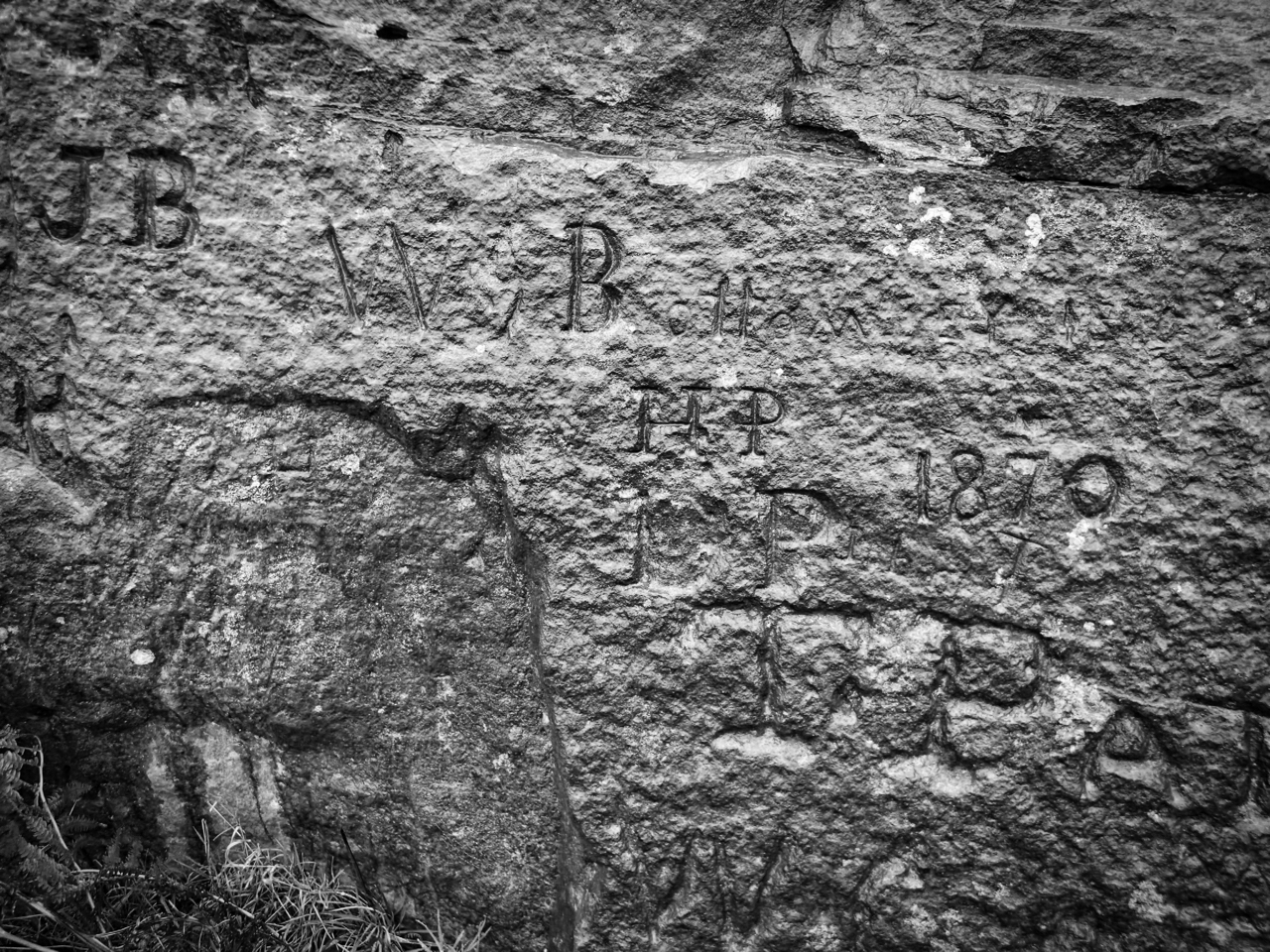 A damp miserable morning so I will have to resort to an old favourite. Is this graffiti? Is this vandalism? Questions I’ve touched on before.

Behind Dove Cottage in the Lake District, one time home of the poet William Wordsworth there is a rock with WW inscribed on it. There is also DW and JW, his siblings, Dorothy and John. MH, Mary Hutchinson, Wordsworth’s future wife and STC, Samuel Taylor Coleridge, his best friend. Academics wax lyrical about these initials. They “celebrate a code of the private known to a few” and “a kind of possession of the local that strengthens their bonds as a group. The significance of these markings rely on the fact that people won’t know them. It’s exactly a literal meeting place, and it shows how they use this landscape. But it also becomes symbolic of their friendship. The place becomes invested with emotion.” And on and on.

Can the same things be said about the graffiti artist who spray paints “Baz woz ere” on the rock face.

The Dove Cottage rock incidentally was originally by the side of Thirlmere and was blasted out the way by Manchester Water Authority during the construction of the reservoir. The pieces were salvaged by Canon Hardwicke Rawnsley, one of the founding members of the National Trust, and brought back to Dove Cottage. In 1984 they were meticulously put back together.

One Reply to “Graffiti of Roseberry”