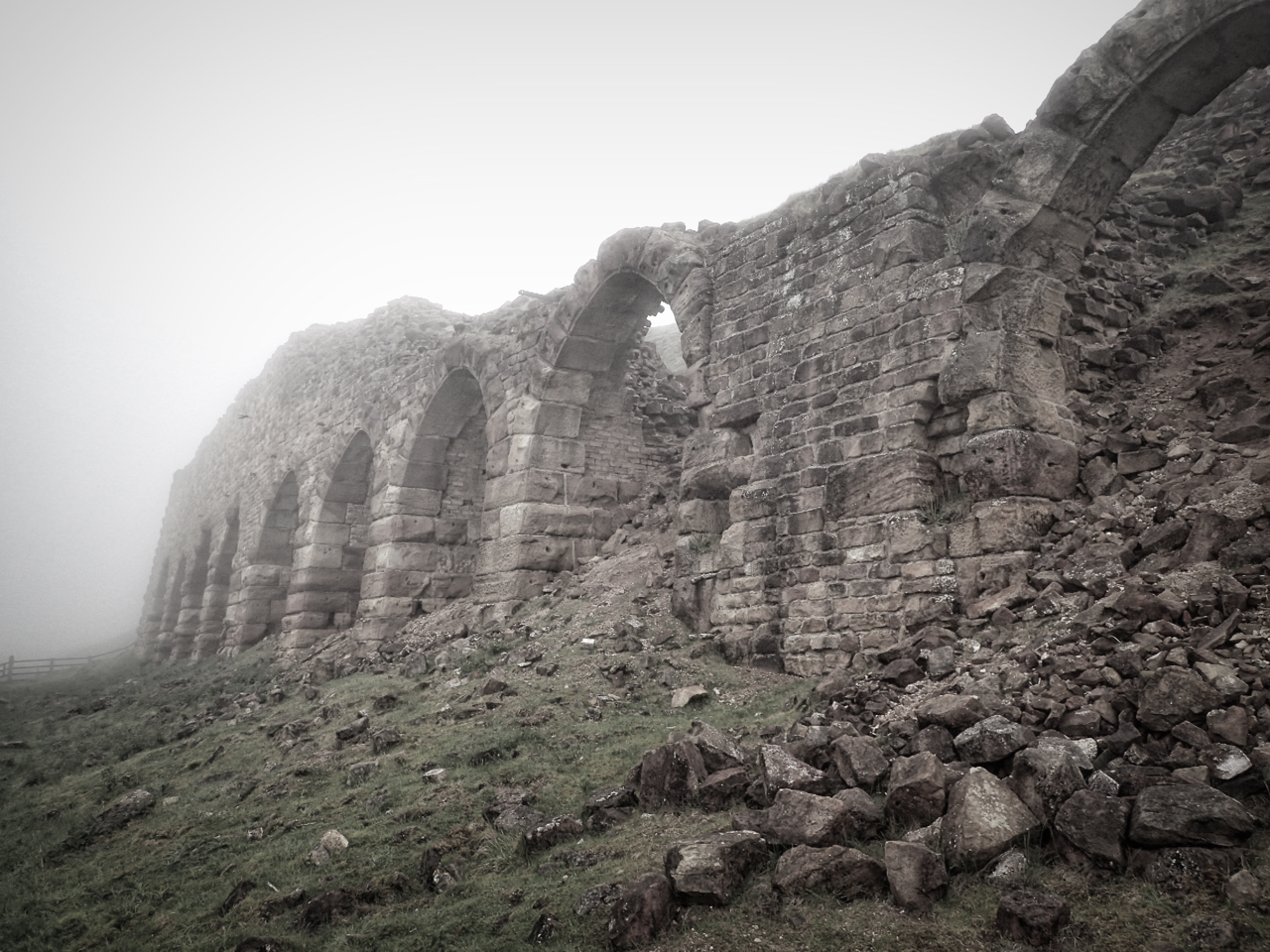 A bit of a dilemma. Parked at the Lion Inn and went for a circuit of Rosedale with visibility less than the width of the road and the temperature below 10ºc. And so it remained until tea time when the mist finally cleared and the sun came out. But by that time I was comfortably back home.

Rosedale was once alive with the noise, smoke and smells of ironstone mining. In 1853 ironstone was discovered by Matthew Snowdon of Whitby and William Thompson of Staithes on the west side of Rosedale and gained by open cast quarrying. The stone was of exceptionally high iron content and within three years drift mining had begun. By 1861 a railway had been built over the moors to Battersby linking the mines with the blast furnaces at Ferryhill and Consett.

So far all mining activity had happened on the west side of Rosedale. A mine on the east side opened in 1864 and included a railway branch line around the head of the dale. Before loading onto the wagons the ore was roasted in calcining kilns which has the effect of a reduction in weight and volume and hence transport costs and royalties. There was some local coal available for this process but eventually coal had to be imported to the workings.

The photo shows the old kilns. There were four of then each served by four of the arches. Ore would have been tipped in at the top and the roasted ore loaded by hand from the bottom.

As I write this the sun has set and there are pink patches in the sky. Ah well. the wrong decision. A sunset will have to wait for another day.