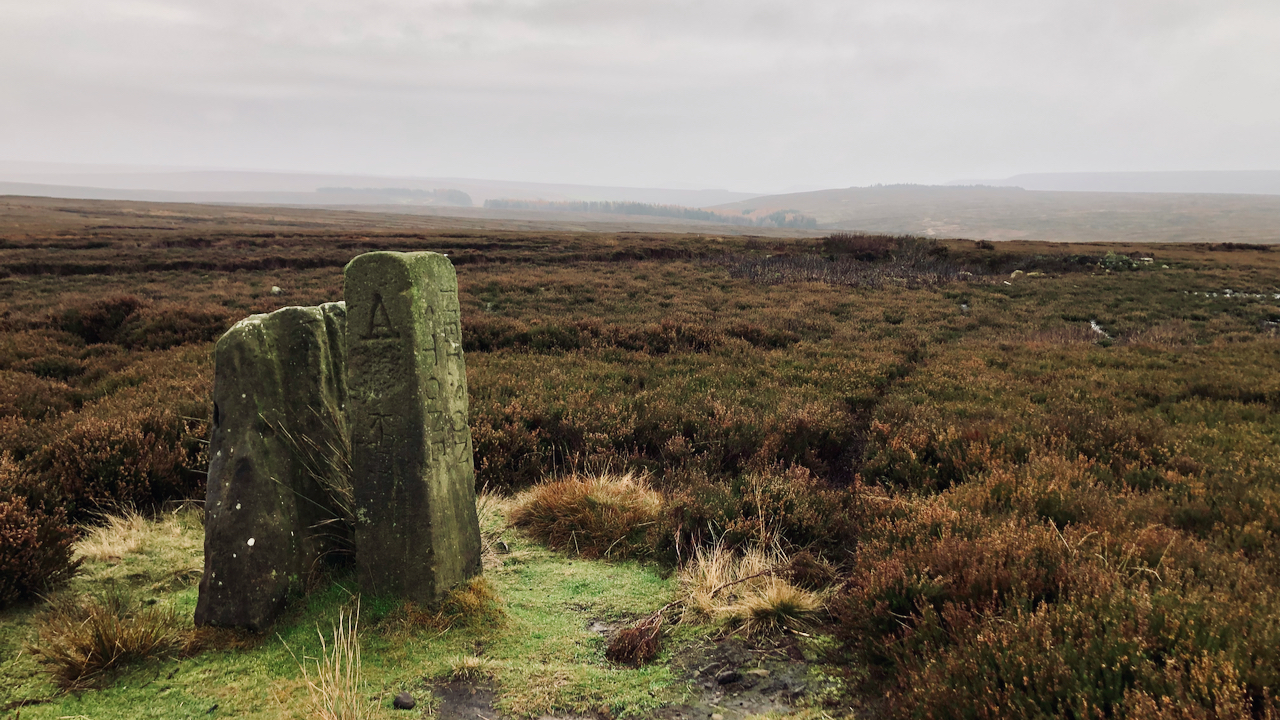 It was pleasing to see the Nelson Stone restored to its correct postion. Or should I say the 19th-century boundary stone.

Although the larger, well-masoned stone is prominately carved with the words ‘NELSON STONE’, it is the adjacent weather-worn stone that was originally known by this name2North York Moors Historic Environment Record (HER) Nos. 3322/8959/8966/9387.

The Medieval Nelson Stone forms the parochial boundary of Whorlton, Osmotherley and Snilesworth. Bill Cowley says that it is carved with an ‘O’ for Osmotherley3Cowley, Bill. “Snilesworth”. Plate 73. Turker Books 1993.. As you can see, the ‘O’ is off-centre and crudely carved. I am not convinced.

The stone is on a burial mound which Cowley refers to as Neil’s Howe, although the surrounding moors are fairly scanty of pre-historic features4Ibid. Page 57.. The name was recorded as ‘Neleshou‘ in several 13th-century land charters to Byland Abbey5Ibid. Page 88..

In 1675, a dispute developed between the Rutland estate (Snilesworth) and the Marquis of Ailesbury (Whorlton). Representatives from each of the parties walked the bounds between Green Howe and Nelson Stone with “three ancient persons” who “had written the boundary several times” to ascertain the true boundary6Ibid. Page 89.. Part of my walk today covered the same distance. The modern estate track made light of the 5 km, but with no paths and “three ancient persons“, this must have been quite an undertaking.

One Reply to “Neil’s Howe”