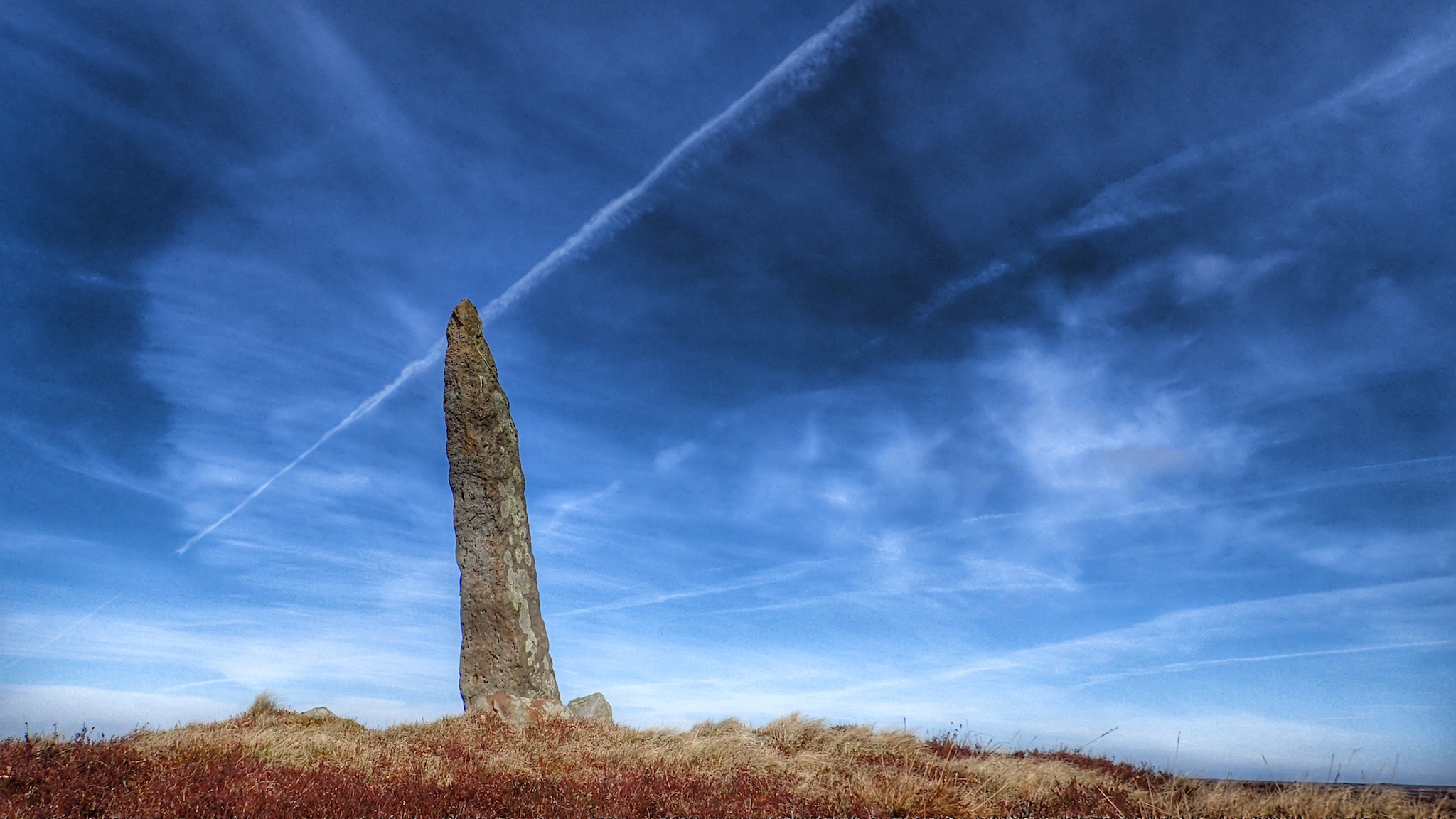 A bronze age burial mound, or “round barrow” on Blakey Ridge above Rosedale. The stone was erected as a boundary stone in the eighteenth century and is probably a reused standing stone of older antiquity.

The contrails high amongst the cirrus clouds can be used as a navigation aid. “Contrails” is an American word, a shortening of condensation trails. Most commercial airlines fly in a north west/south east direction in this part of the UK. But as contrails will only be seen when skies are clear and the sun is shining, it’s not that much use. Fairly useless really. More useful is a means of weather forecasting. Contrails only form when there is moisture in the air and moisture in the high atmosphere foretells of a worsening in the weather. The high cirrus clouds indicate the same thing, the approach of a weather front.