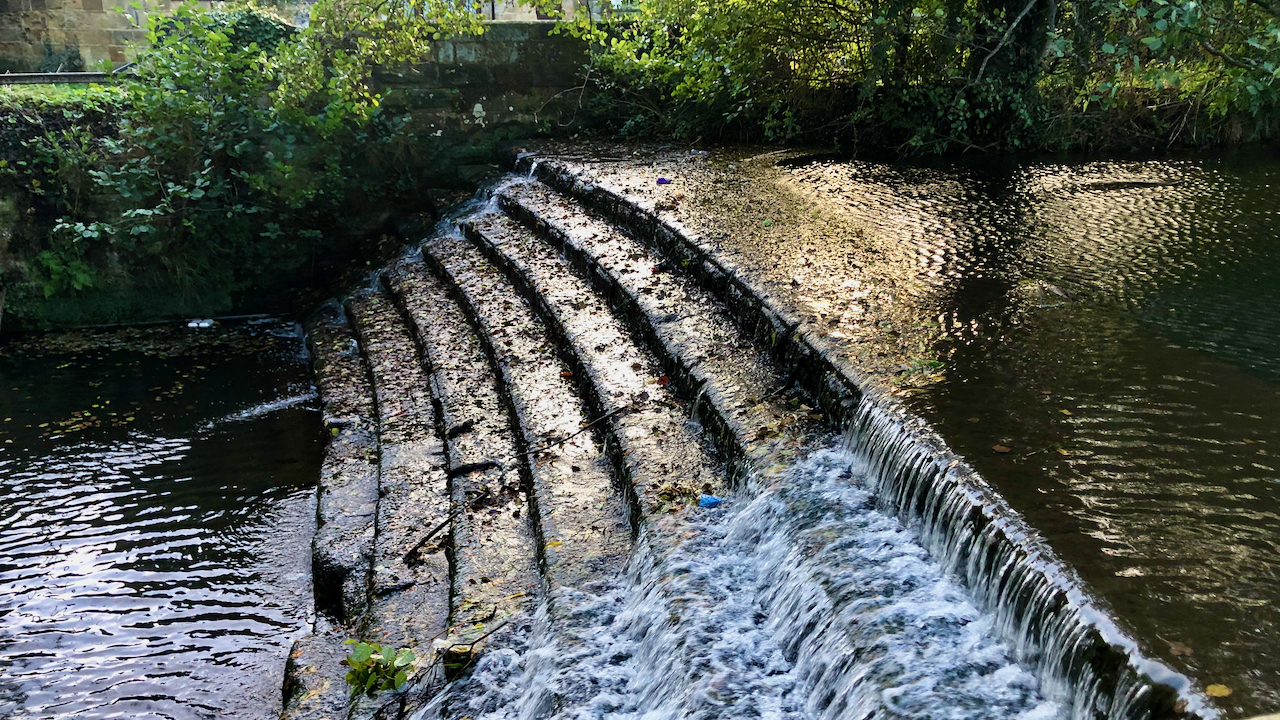 The cataractic centrepiece of ‘Waterfall Park‘ off the High Street in Great Ayton.

The weir served two mills: Ayton Mill, situated south of the ‘Buck Inn’, and Low Mill, well downstream of Low Green, shared by a  common race which can still be traced today. Both these mills have existed since medieval times but in 1840, the weir was destroyed during a summer storm thus stopping work at the mills.

A wealthy retired banker, Thomas Richardson, came to the rescue. He took the responsibility for rebuilding the weir.

Richardson was born locally, to parents who were not wealthy. He went to London where he made his fortune in banking. On his retirement he returned back to Great Ayton, where he built Cleveland Lodge and was a great philanthropist1o’Sullivan, Dan. “Great Ayton: A history of the village”. 1983. ISBN 0 9508858 0 0..

He was instrumental in establishing the North of England Agricultural College in the village by providing £5,000 of the £6,500 needed to buy the Hesleton Estate. The college later became known as ‘The Friends’ School‘.

In 1842, he endowed the British School for the education of the poor children of Ayton and neighbourhood by providing it with four shares in the Stockton and Darlington Railway.

He also instigated the building of four almshouses at the corner of the High Green (he died before completion and they were finoshed by his cousin and heir, John Pease).