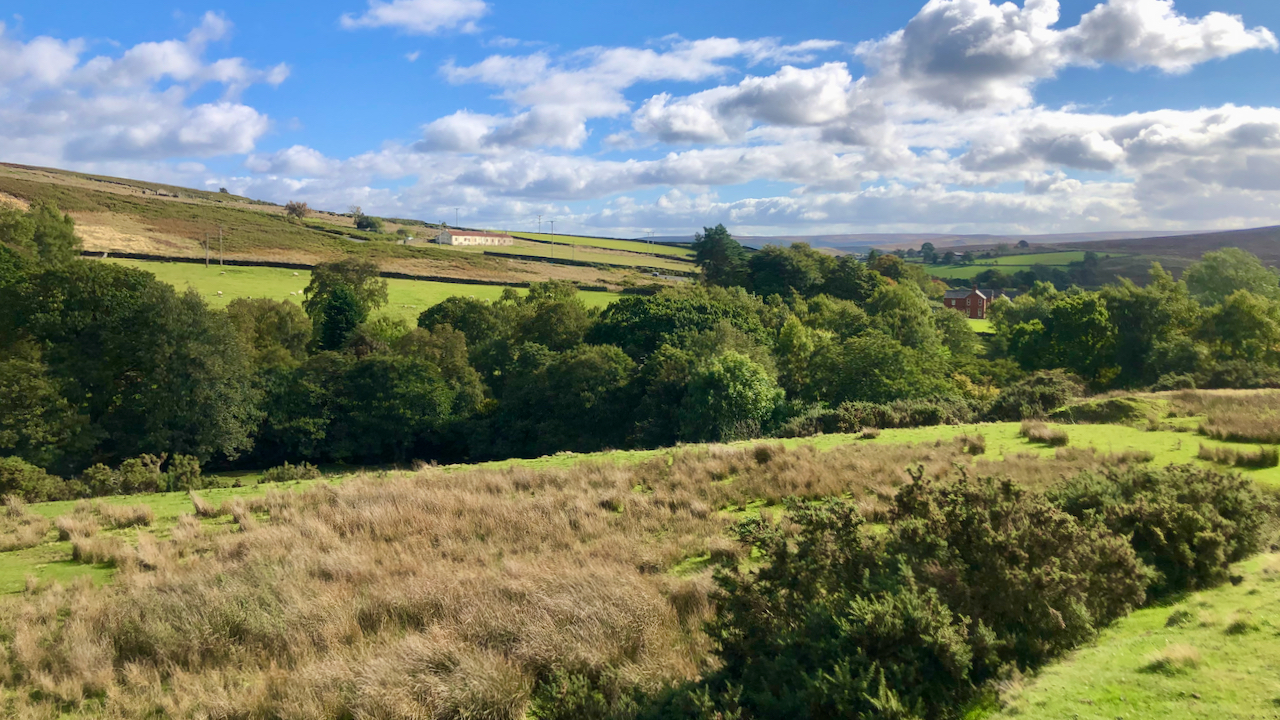 When The Commondale Brick & Pipe Works closed its gates for good in 1947, this would have been a very different scene probably with no tree or blade of grass to be seen.

It is now a Scout camp, so not normally accessible. I took the opportunity to search the beck for a memorial carved on a rock for George Watson, an employee at the brickworks who, in 1872, took his own life “in a state of temporary insanity“, to use the language of the time1‘SUICIDE NEAR GUISBOROUGH’ | Stockton Herald, South Durham and Cleveland Advertiser | Saturday 26 August 1876 | British Newspaper Archive’. 2022. Britishnewspaperarchive.co.uk <https://www.britishnewspaperarchive.co.uk/viewer/bl/0002975/18760826/035/0004> [accessed 2 October 2022]2Whitworth, Alan. ‘Esk Valley Railway through Time’. Amberley Publishing Limited, 2011 Available online at <https://books.google.co.uk/books?id=HmuIAwAAQBAJ&pg=PT131&lpg=PT131&dq=%22George+Watson%22+commondale+ravensgill&source=bl&ots=YfM9OYehkT&sig=ACfU3U0UL_ts_e93j324rJCihs-EvQgROA&hl=en&sa=X&ved=2ahUKEwjbxNr1m8L6AhVGUcAKHQbEAJ0Q6AF6BAgEEAM#v=onepage&q=%22George%20Watson%22%20commondale%20ravensgill&f=false> [accessed 2 October 2022].

But the memorial eluded me. My notes say it is inscribed “George Watson. FELO.DE.SE. HOMINIS ES ERRARE“.