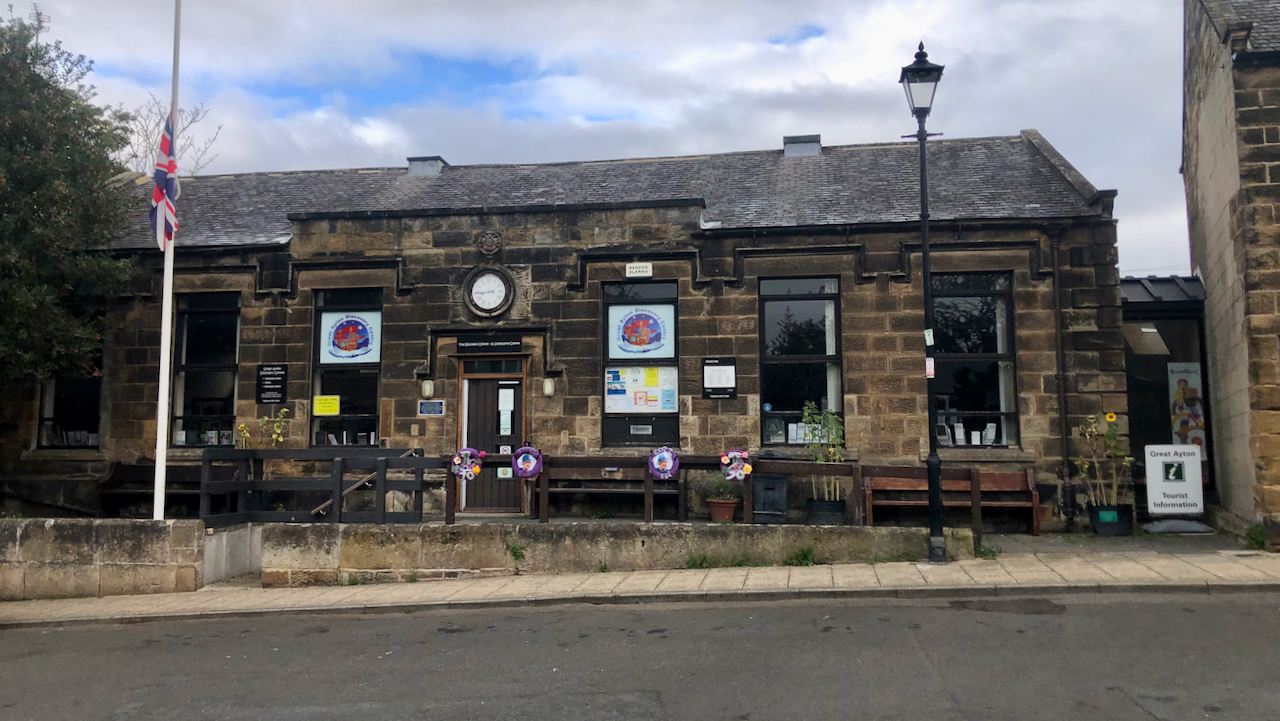 It’s rare to find a view in the village without parked cars.

This is Great Ayton’s Discovery Centre, a community run library set up in 2013 if I recall, after the North Yorkshire County Council threatened the existing library with closure. The Union flag is at half-mast in respect of HM Queen Elizabeth II.

In 1908,  just infants (5-7 years) attended the school, after which age the children either went to the Marwood School (and known as the ‘bottom-enders‘) or the Edward Kitching School (‘top-enders‘). In 1972, after the opening of the Roseberry School, the building became the village library.

A British School was part of an organisation, The British and Foreign Schools Society, that was established to promote free education amongst the poor “on the wide and liberal principle of imparting Christian Instruction to the children of all religious persuasions“2Cleveland Repertory & Stokesley Advertiser Vol. 1, No. 1. January 1, 1843.. The principal movers in Ayton were The Society of Friends (Quakers), although they did not wish to take the credit to themselves. Thomas Richardson, a wealthy Quaker banker, donated four shares in the Stockton & Darlington Railway Company which brought in enough income to pay the running costs and salaries.

Another organisation, The National Society for Promoting the Education of the Poor in the Principles of the Established Church provided similar schools for The Church of England. These schools were called ‘National Schools’.

One Reply to “The British School”