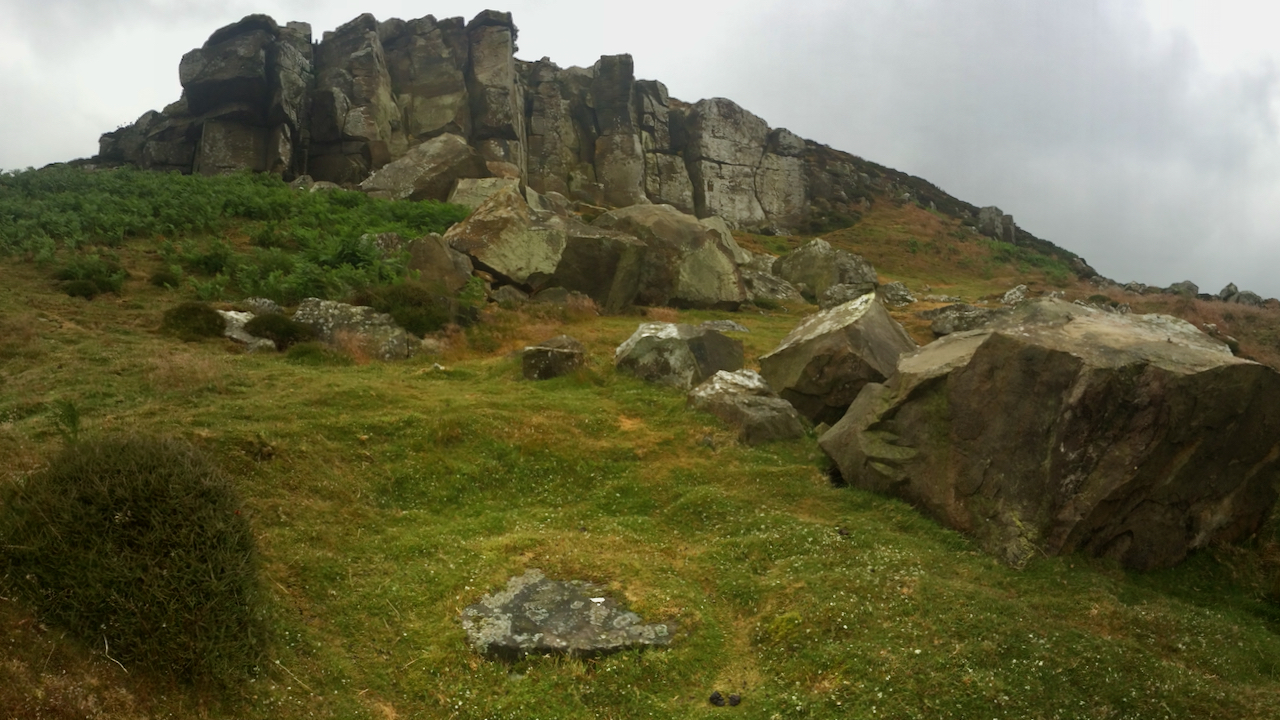 The Northern Weekly Gazette was published in Stockton-on-Tees between 1895 and 1932.

Its byline was “A Home Journal Written by the People for the People“. The price in 1913 was one old penny.

One of the regular sections was the “Children’s Circle — Conducted by Daddy” in which letters written by children were published.

BEAUTIFUL KILDALE.
Dear Daddy,—I have been to school to-day, and I wrote composition on the birds that live in the farm-yard. I have seen a blackbird’s nest in Kildale with four eggs in it. Many beautiful flowers are growing in Kildale. A week last Saturday went to get some primroses with my playmate, who is called Lily. A few weeks ago we had a heavy snow storm at Kildale. Kildale is surrounded by beautiful hills. One moor I have been up several times is called Park Nab. Park Nab stands just, at the back of our house.—I remain, your loving member,
MOLLIE KINGSTON Hall Farm , Kildale, Grosmont, R.S.O.

Mollie was fortunate in that her school was next to Hall Farm — it has now been converted to residential. Children from outlying dales, Sleddale and Baysdale, would have had to walk. Sometimes though even the weather defeated them. In 1909, a heavy snowfall meant that only 25 of the 42 children on the school register managed to arrive, and the school was closed for two weeks2Anthony, Cedric. “Glimpses of Kildale History”. Page 230. Geni Printing. 2012..

Mollie would have been taught Reading, Writing, Arithmatic, Scripture, Drawing, Recitation, Singing, and Needlework. For the boys, Handwork would have replaced Needlework. Subjects covered included ‘Lighthouses, the Beaver, House Building, the Farmyard, Homes, An Errand Boy, the Census, Insects, Cows, Birds, Animals, Trees, Water, Air, Measuring with the Chain, Hygiene of Food and Drink, Liquids and Solids, Coal Mining, Fire Damp, The Empire and How to Work for England’3Ibid. Page 234..

It would be easy to jest about these last two being re-introduced into the modern curriculum but it might be too close to the truth.

The pupils also had many out of school visits, to Kildale Woods, the village blacksmith, and, as Mollie says, Park Nab. But despite these, the Schools Inspectors were frequently concerned about the inadequacy of Physical Education provision4Ibid. Page 233..

One Reply to “Park Nab”