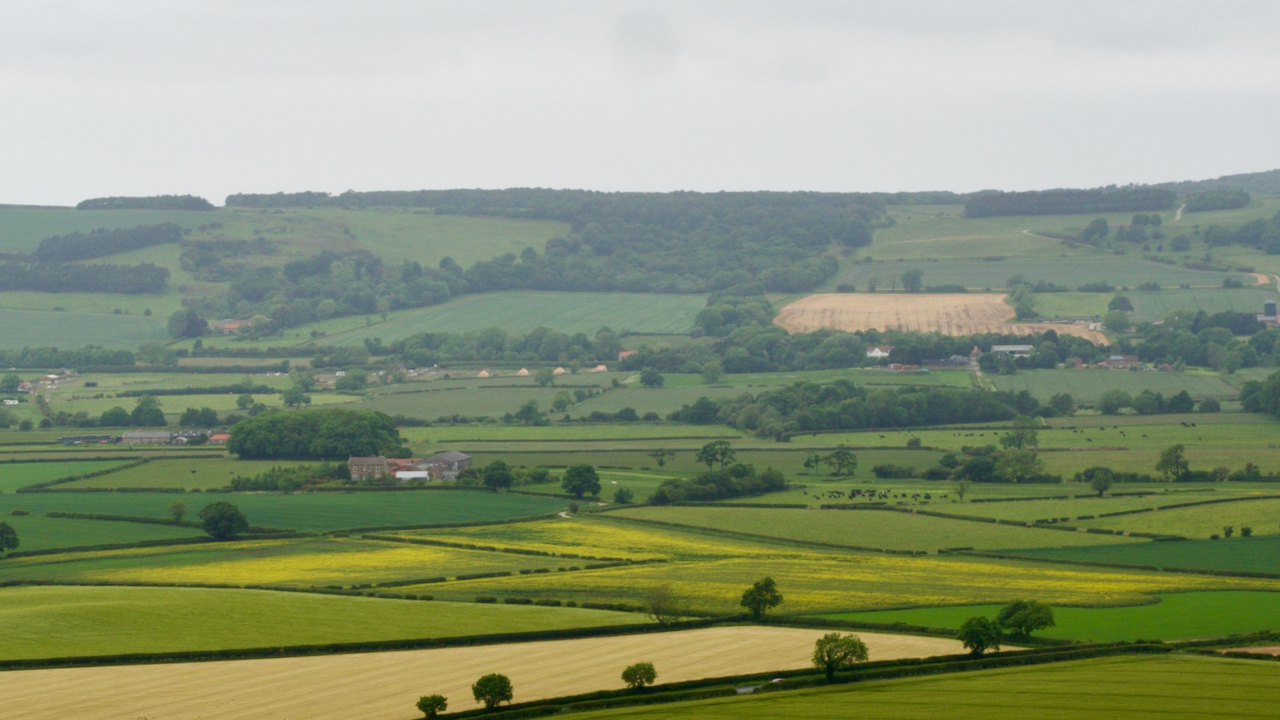 There’s an old dialect word ‘gongoozle‘ which I rather like. It means to “leisurely watch the passage of boats, from the bank of a canal, lock or bridge”1Wiktionary.org. (2020). gongoozle – Wiktionary. [online] Available at: https://en.wiktionary.org/wiki/gongoozle [Accessed 7 Jun. 2022]..

But it’s probably much older, in use long before the advent of the railways and the petrol combustion engine.

I think I’m a gongoozler. It seems appropiate; maybe not canals per se but I am quite happy sitting for hours on a train staring idly at the passing countryside — allowing for Galilean relativity of course. It’s the same mindset.

And walking along a ridge admiring the views in the valley below.

So there I was, gongoozling my way along the Cockle Scar escarpment on the north side of Roseberry, when the fading yellow rape fields pointed to Spite Hall and I remembered how it is supposed to have got its perculiar name.

John Walker Ord tells the story in his ‘History and Antiquities of Cleveland‘5Ord, John Walker. “The History and Antiquities of Cleveland: Comprising the Wapentake of East and West Langbargh, North Riding, County York”. 1846. Page 242. Available online at https://books.google.co.uk/books?id=qPsnAAAAYAAJ&dq=ord&pg=PA122#v=onepage&q=highcliffe&f=false. Roger Lee built his New Hall in about 1727.

Roger junior found himself a mere trustee for his son.

The tradition, according to Ord, is that Roger junior built New Hall “in enmity or spite” to his son James. In essence to spoil the view from Pinchinthorp Hall. By 1741, it was being referred to as Spite Hall, although the old name, New Hall, persisted for many years6Dixon, Grace. “Two Ancient Townships – Studies of Pinchinthorpe and Hutton Lowcross”. Page 12. ISBN 0 9507827 2 6 1991..

It seems that Roger Junior had never been financially sound and frequently in debt, which may explain some of the animosity with both his father and his son7Ibid.. He died in 1742, leaving a token amount of one shilling to each member of his family. His creditors took the rest. The following year, James Lee was able to buy all of his father’s property, including Spite Hall8Ibid. Page 13..

When Ord wrote his book, over a 100 years later, he described Spite Hall as a “grotesque building” and “a miserable, dilapidated hovel, scarcely fit for a human habitation“.