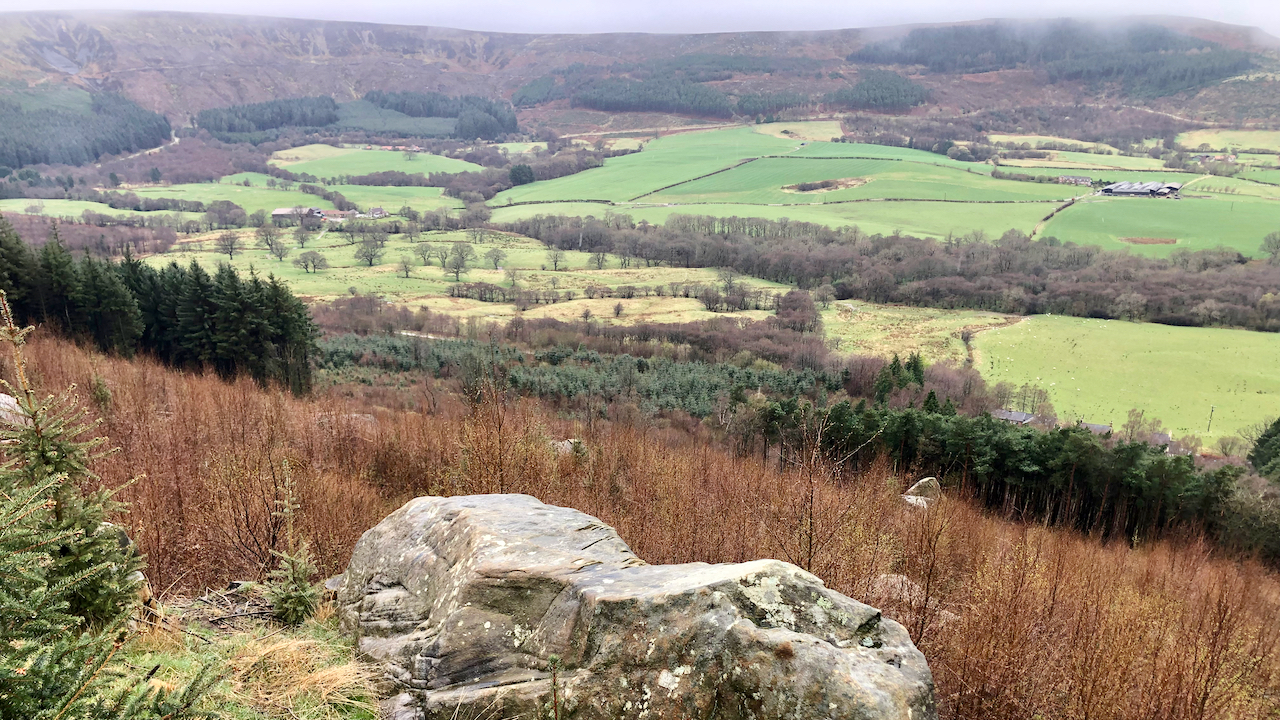 A pretty drouky day. Snow flakes as big as cats’ paws but melting on reaching the ground.

This area of Sitka spruce must have been cleared about five years ago, so I must have seen the view before but it’s only when mists shroud the tops it is appreciated.

The boulder in the foreground had some strange grooves over one edge.

My first thoughts were that were caused by a steel cable. From a winch perhaps, from a quarry or the forestry. Nothing obvious around. It’s on about the same level as the old jet workings