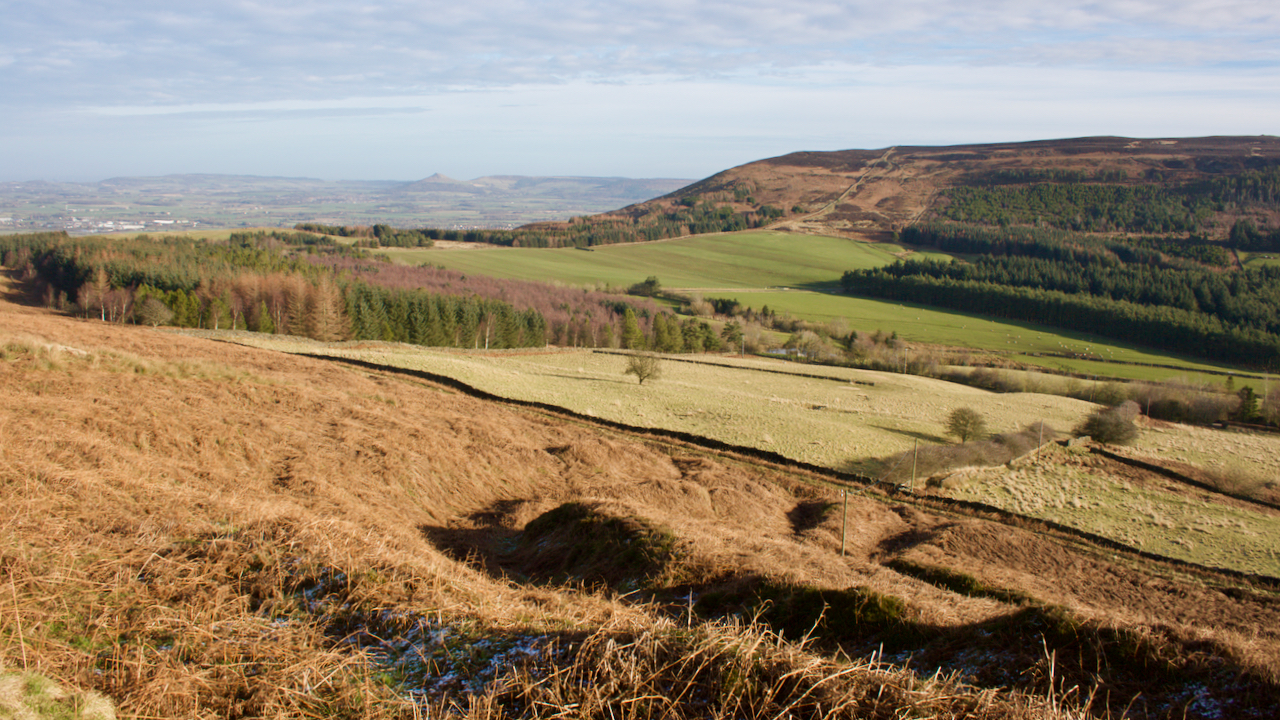 . Just to the left of Roseberry in the distant. The col is now lorded over by the misnamed Lord Stones Cafe1It should be the Lords’ Stone, after the three Lords: Marwood, Aislesby and Duncombe.

The foreground is heavily dominated by the skeletal remains of last summer’s bracken. The holloways probably result from the sledding down of peat/turf and heather from the moor top.

I’ve always thought bracken was the bane of the farmer’s life, the bane of the conservationist’s. Yet I was reading an article the other day which actually sees the bracken problem as an “opportunity”2Lost Rainforests of Britain. (2022). Using bracken maps as a guide for regenerating rainforest. [online] Available at: https://lostrainforestsofbritain.org/2022/02/03/using-bracken-maps-as-a-guide-for-regenerating-rainforest/ [Accessed 7 Feb. 2022]..

The soil on which bracken grows is apparently deep and rich, and so very suitable for trees, which we need more of. This richness of the soil is indicated in an old farming saying: ‘Where there’s bracken there’s gold; where there’s gorse there’s silver; where there’s heather there’s poverty’.

So, the article advocates that bracken strands should be planted with trees, which will, once mature, shade out the bracken. Obviously the trees initially need to be of sufficient height for themselves not to be shaded out by the bracken.

As bracken is generally avoided by grazing animals, there won’t be any need for the ubiquitous army of plastic tubes.

I try to imagine forests of trees, broadleaf that is, not coniferous, wherever there is bracken. The steep escarpment slopes would be most affected.  In the long term this would certainly change the look of the moors. In the short term it is likely to be met with a negative public reaction.