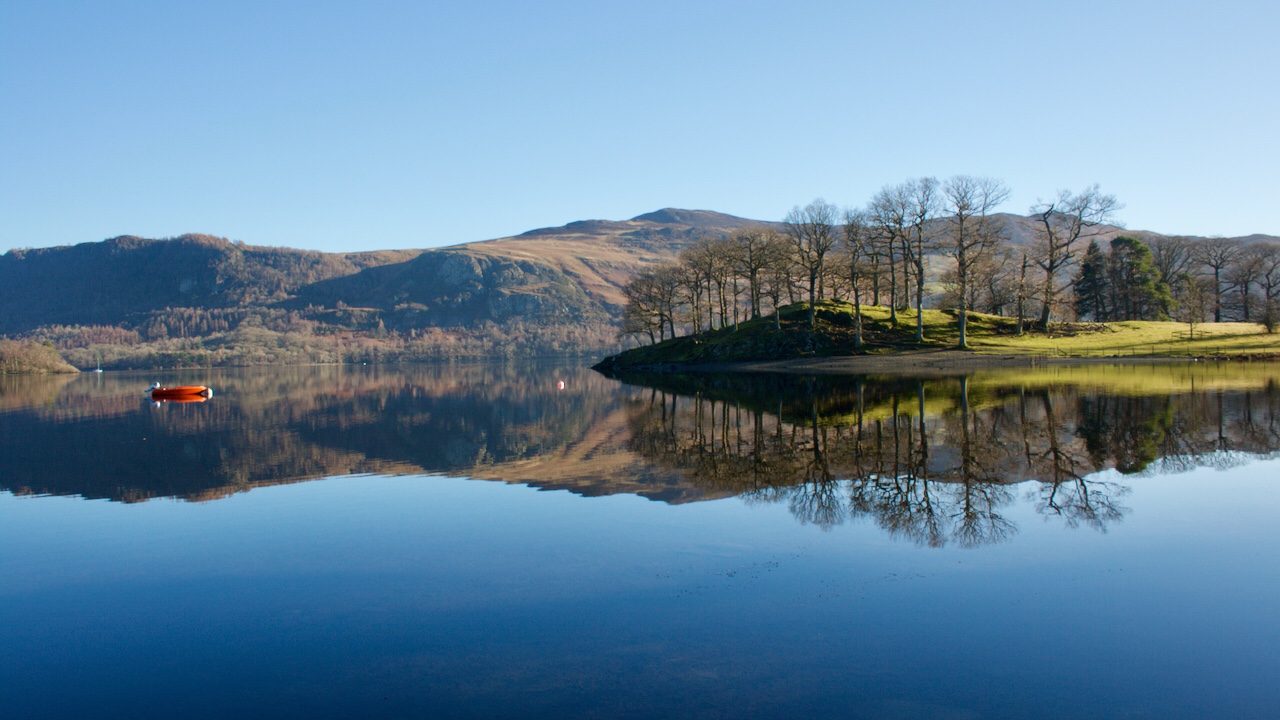 “Scientifically” the most depressing day of the year.

It wasn’t too depressing in Keswick in the Lake District today. Blue skies, no wind, and feeling a lot like spring is just around the corner.

This is a shot from Otterbield Bay on the west side of Derwentwater.

Far left is Walla Crag, which Lady Derwentwater climbed after escaping from Lord’s Isle in the wake of the 1715 Jacobite Rebellion.

With sentries posted on all roads and clasping her jewellery and silver plate, which she hoped she could use to save her husband, she climbed what is today known as Lady’s Rake.

En route, she dropped her white handkerchief which could still be seen, apparently, by tourists a century later, aided by a touch of white paint1Harrison, Philippa. “Mountain Republic”. Page 178. Head of Zeus. 2021. ISBN 9781838911827.