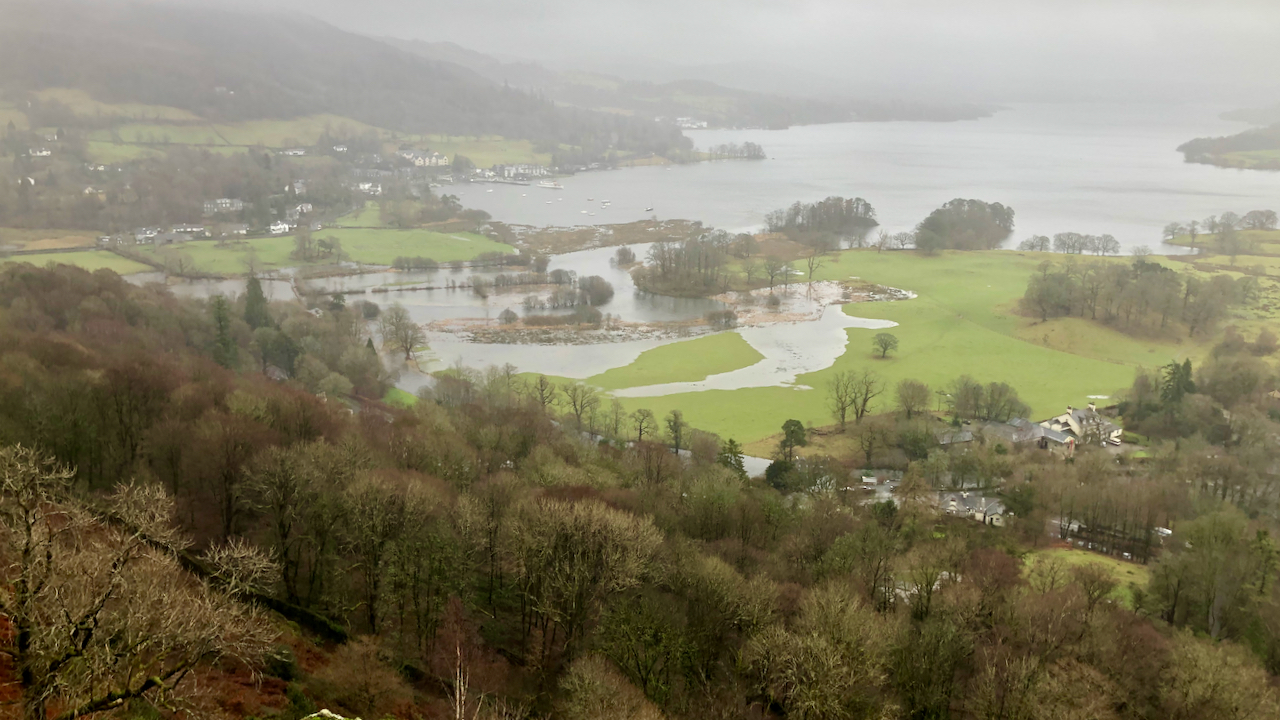 … with good friends and great food, and lots of rain.

One of these friends is Alice Leon, a young writer from Guisborough. I am honoured she has agreed to write a guest post for me.

Scree slopes and waterfalls paint a heavy contrast against the faded patchwork fields of Guisborough, which had become the limits of my world for a while. I have visited the Lake District several times since twenty-nineteen: for a walk, a drive, a day out in Keswick. But driving into Cumbria at year’s end, seeing Blencathra’s saddleback materialising through winter mist, is something that had been missing from my life for almost two years.

By the time we reached Brathay, darkness had settled, making it especially hard to see where we were going as we passed under the shadow of trees. After spending about fifteen minutes driving down the various lanes and doing U-turns in Brathay’s multiple carparks, we located a through-road and arrived outside Shackleton Lodge, where familiar vehicles were parked. Armed with luggage and a phone torch, we trudged down a muddy lane trying to avoid the puddles, making our way to another building situated nearby.

What was once a traditional annual retreat based in different locations, this time felt like some form of escape, breaking free from the mundane habits that are formed by staying in the same place and doing the same thing for too long. The idea of sleeping in an over-sized shed was something I used to recoil from. This year, however, I found it refreshingly different, despite the persistent plumes of dust and slight infestation of cellar spiders tucked into room corners. The bedrooms at Brathay were minimally furnished, bearing only a radiator, beds, and a distinct lack of plug sockets.

Now I’m back home again, trapped in the grey bubble of familiarity and surrounded by comfort, there is something undeniably attractive about imagining a simple cabin nestled away somewhere in the mountains. With that thought comes a strong urge to venture off again, if for any reason at all, just to remind myself that there is a world that exists beyond the edges of this small town.

Thanks Alice. That was super.