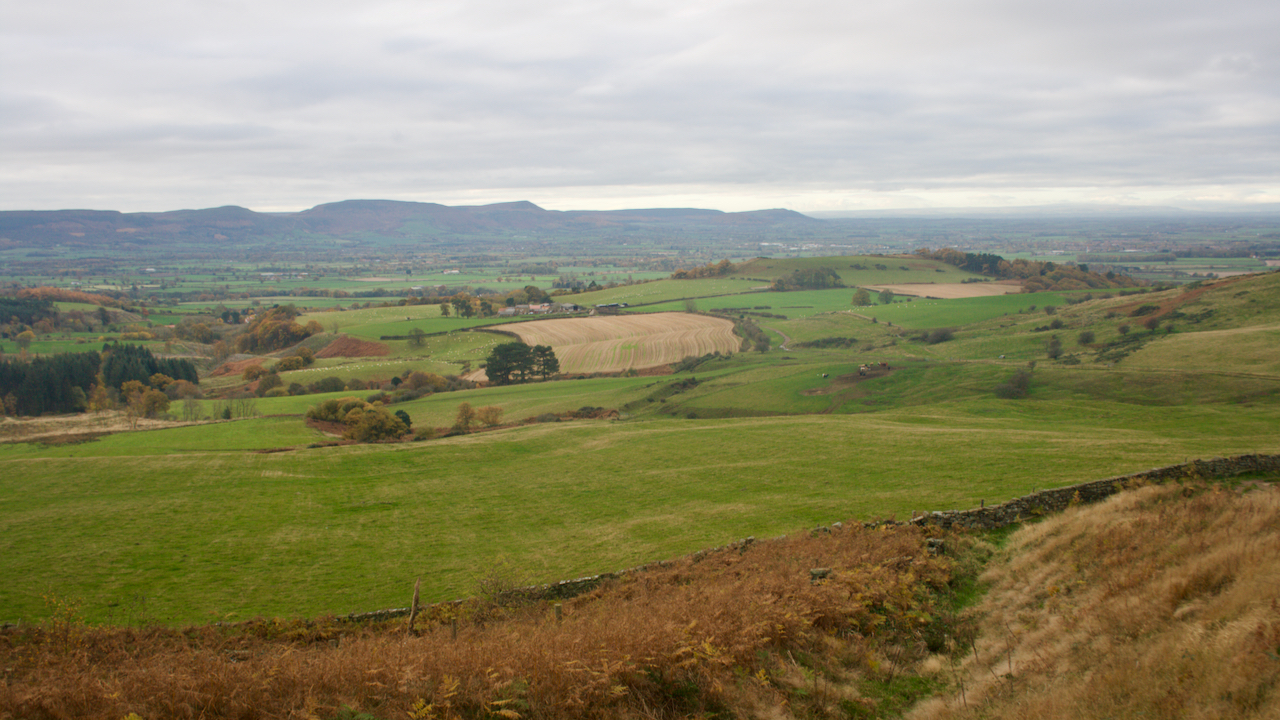 Aireyholme was once the common pasture for the parish of Great Ayton. Parishioners had various rights on the land. Usually this would include the right right to pasture cattle, but Common Land may include other rights such as collecting wood, piscary, the right to fish and turbery, the right to cut turves of peat for fuel.

Commoners knew by long usage how many cattle they could graze or how much wood they could collect but digressions happened and were decided under authority of the Manorial Court. In 1647, the court records show that Richard Mankin was fined for ‘putting an unlawful cow in the common pasture‘, and Robert Ripley was found guilty of ‘putting one mare with foal in Ariholm‘; both contrary to manorial rules1“Roseberry Topping”. Great Ayton Community Archaeology Project. 2006 ISBN 978-0-9554153-0-2..

Medieval society knew, almost by instinct, that if one villager took more than his fair share then the system would collapse. He might be tempted to graze one extra cow but if everyone did the same, then the common pasture would become depleted. Where a resource is limited, one person can not increase his share without limit.

In the early-19th-century, William Forster Lloyd articulated this concept of overuse of common resources, but it only really came into the public orbit when Garrett Hardin coined the phrase ‘The Tragedy of the Commons’ in his article in Science magazine published in 19682‘Economics focus’ (2008) Economist, 02 Aug, 81, available: https://link-gale-com.ezproxy.is.ed.ac.uk/apps/doc/GP4100376903/GDCS?u=ed_itw&sid=bookmark-GDCS&xid=9f7ae427 [accessed 13 Nov 2021]..

Picture a pasture open to all. It is to be expected that each herdsman will to keep as many cattle as possible on the commons. Such an arrangement may work reasonably satisfactorily for centuries because tribal wars, poaching, and disease keep the numbers of both man and beast well below the carrying capacity of the land. Finally, however, comes the day of reckoning, that is, the day when the Iong-desired goal of social stability becomes a reality. At this point, the inherent logic of the commons remorselessly generates tragedy.

In spite of the technological advancements in the last three hundred years, the parable of the ‘The Tragedy of the Commons‘ is even more relevant now than it’s ever been. We may no longer be concerned with pasture for cattle or collecting wood but our water, our atmosphere, our climate, our ecosystems  are definitely limited resources. Our political mindset has not kept pace, if anything it has gone backwards.

In 1658, John Coulson, the Lord of the Manor of Great Ayton, got together with other landowners in the village, who agreed to enclose the village’s traditional three-field system and common pasture. In the divvying up that followed, Coulson grabbed the 484 acres of the common pasture of Aireyholme, and created a new farm, the present Aireyholme Farm3“Roseberry Topping”. Great Ayton Community Archaeology Project. 2006 ISBN 978-0-9554153-0-2..

The new farm was much more productive than the old system with Coulson reaping the excess ‘profits’. But it created a new class of agricultural labourers who were dependent on the new farms for employment.

One Reply to “The Tragedy of the Commons”