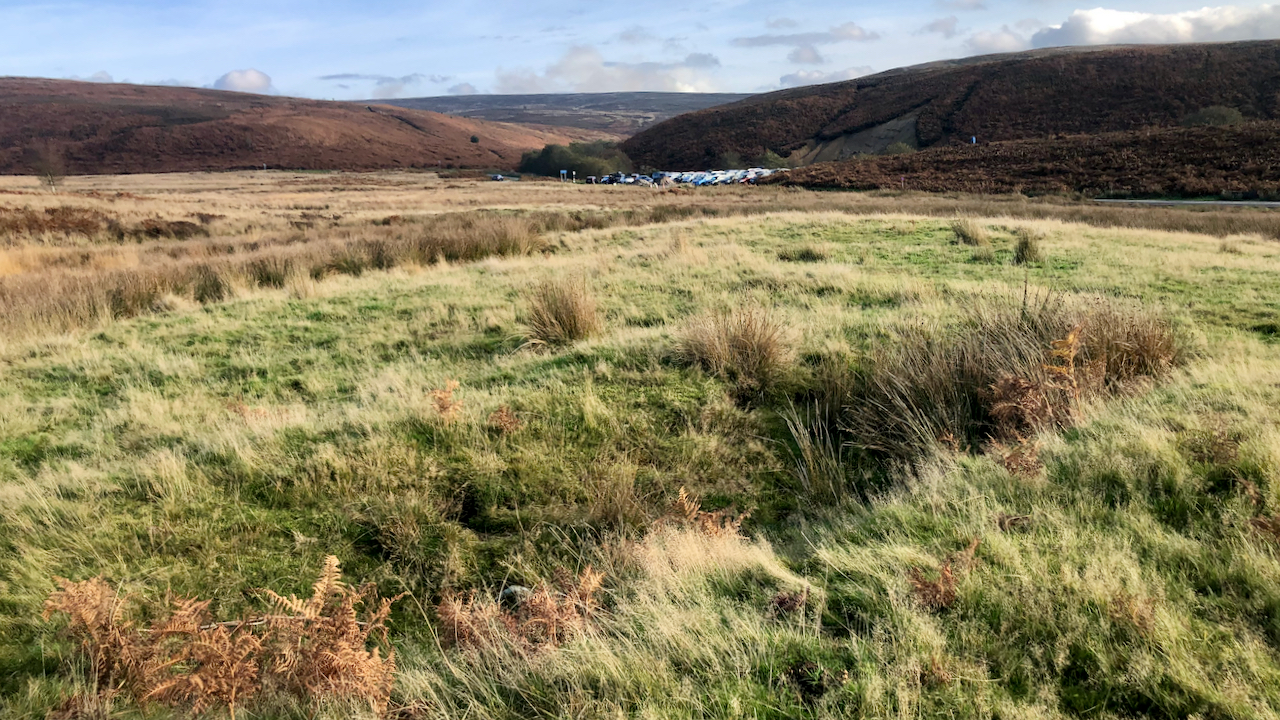 Another one of those local tales.

I was told by an Osmotherley resident a few months ago, that this gulley, about 3 metres long and a metre or so deep, was used for rifle practice by a “home guard” unit during WW1.

Now I’m not sure if there was a home guard during that war. Although there was a Royal Defence Corps I suspect there may have been some conflation in social memory.

Assuming the riflemen were lying prone in the ditch to shoot, the obvious targets  would have been placed perpendicular to the ditch, across the boggy ground. In the other direction is a low knoll giving restricted visibility.

The curious thing through is that a metal detectorist has found many spent bullets in a tumulus that is obliquely sited from the ditch, at about 60° to the north.

Wildgoose Nest Farm was situated about 600m away. It was demolished when Cod Beck reservoir was built. In the late 19th-century, the Osmotherley detachment of H Company of the 1st North Riding of York Rifle Volunteers had their firing range there1‘LOCAL AND DISTRICT’ (1882) York Herald, 29 Aug, 6+, available: https://link-gale-com.ezproxy.is.ed.ac.uk/apps/doc/R3211641995/GDCS?u=ed_itw&sid=bookmark-GDCS&xid=48119a71 [accessed 16 Jul 2021].. Could this be their rifle range?

The detachment was part of the Volunteer Force, created in 1859 and merged with the Militia and Yeomanry to form the Territorial Force in 1908.

On Saturday 26th August 1882, the detachment held a shooting competition at Wildgoose Nest Farm. A report in the York Herald gives us the leading scores2Ibid.:

Prizes were presented by farmers and tradesmen of the town and district and afterwards they all dined at the Queen Catherine Hotel in Osmotherley.