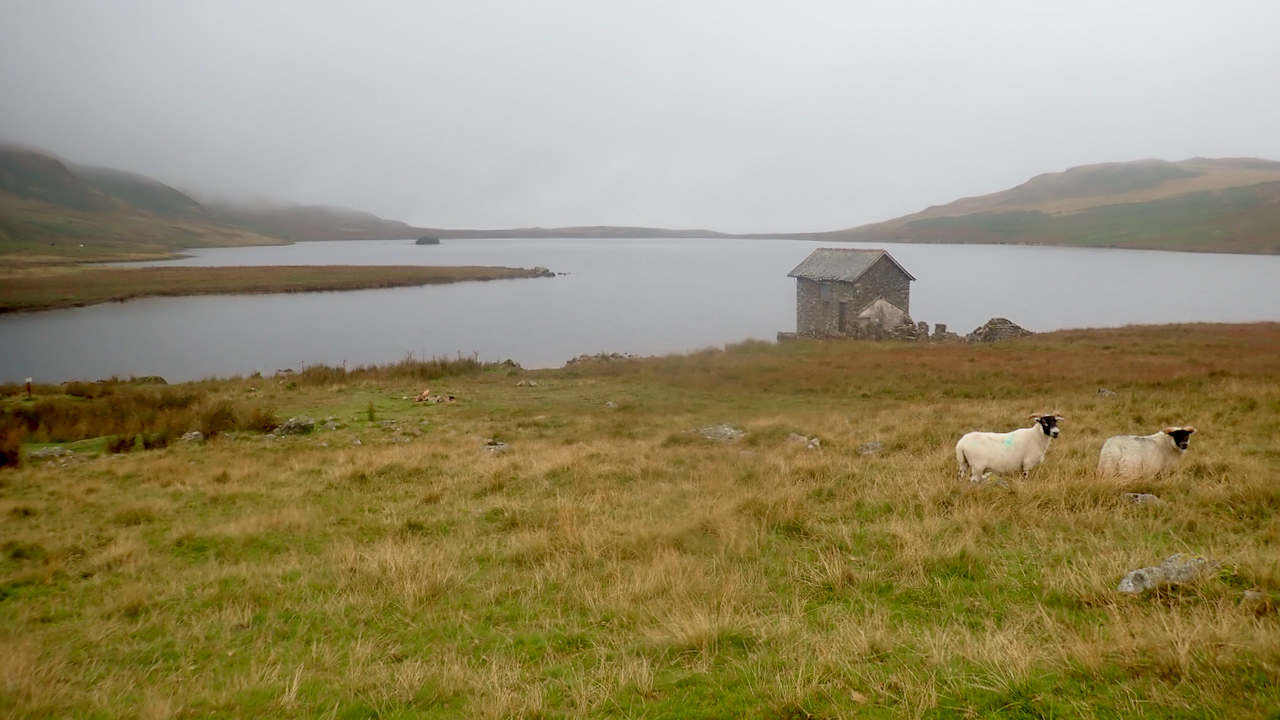 In the classic Monty Python sketch, John Cleese walks into The Cheese Shop and utters the immortal line:

And I thought to myself, ‘a little fermented curd will do the trick’, so, I curtailed my Walpoling activities, sallied forth, and infiltrated your place of purveyance to negotiate the vending of some cheesy comestibles!

The phrase lodged in my mind and it was sometime afterwards when I discovered The Herries Chronicles by Hugh Walpole that I twigged the connection. These four novels are set in 18th-century Lake District and I found I could relate intimately with the places described. In the first book, Yorkshireman Francis Herries, inherits a deserted house in Borrowdale and moves his family across the Pennines on a route which is clearly the forerunner to the A66.

The Bright Pavilions is Walpole’s fifth book in the series and is a prequel, set in Elizabethan times. I never actually read this one, but I reference it as it gives a literary connection to Devoke Water, the subject of today’s featured image.

The protagonist, a Nicholas Herries, is set for a final confrontation with his arch-enemy, Philp Irvine. The show down is to be at Muncaster and Irvine and his men pass through Ulpha on their way. Here, they brutally murder a farmer and his wife and are hunted across Ulpha moor in a blizzard by the other villagers. They are caught and killed on the shore of Devoke Water.

I hope I haven’t given away too much of a spoiler. I think I’ll add the book to my ‘to-read’ list.

Devoke Water is said to be the largest tarn in the Lake District which begs the question when does a tarn become a lake? It was pretty drizzly today. Cloud base was low but I could just see the full extent of the tarn. An unused boat house and ruined stables provided a bit of interest.

Just visible in the tarn is a small wooded island called Watness Coy. a reminder of what the terrain would be like if trees and shrub would be allowed to regenerate without grazing by sheep and deer.