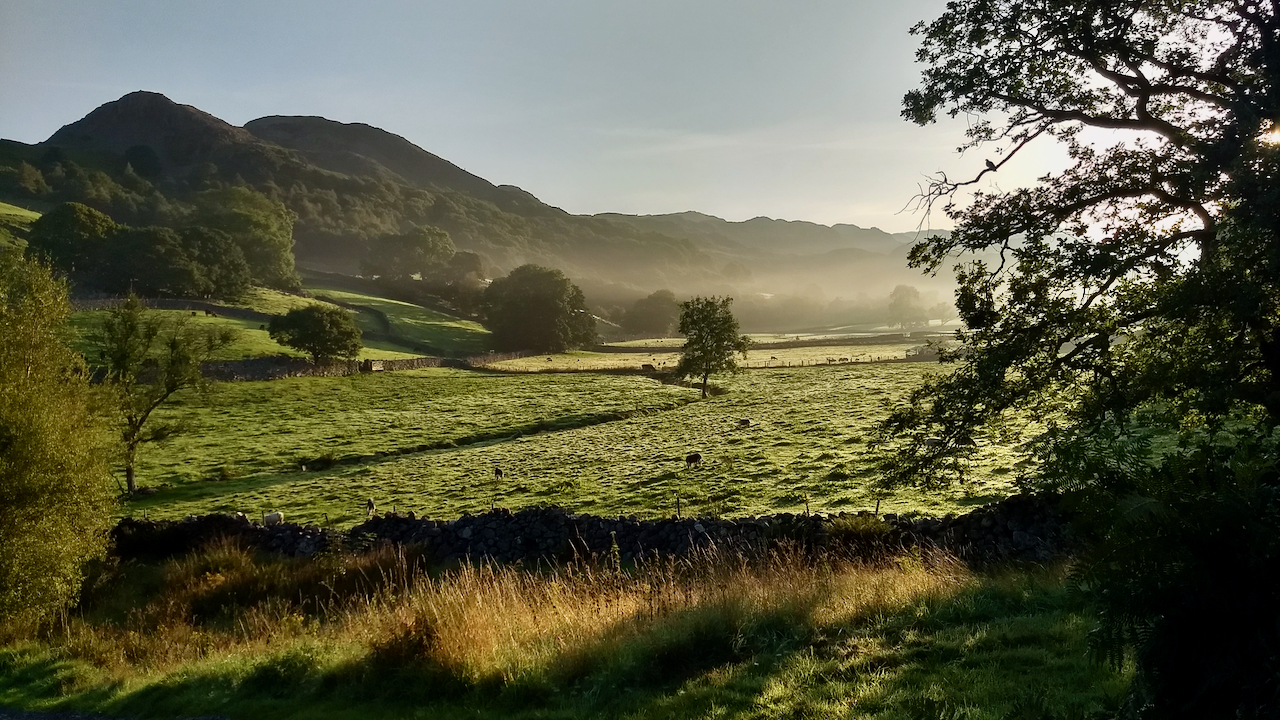 Eskdale has always been a charming valley, less frequented than the eastern dales. Times are a changing though, particularly since the demand for ‘staycations’. The National Trust have taken over one of the campsites and their marketing is being well employed. A ‘pop-up’ campsite appeared lower down the valley which caused some concern.

The dale was once a hive of industrial activity. In 1845, the fells began to be exploited for ironstone. Transporting iron ore to Ravenglass was the purpose “La’al Ratty” was built, the narrow gauge railway, now Eskdale’s major tourist attraction. Built in 1875, the railway originally terminated at Boot.

The photo is an early morning view of Eskdale above Boot. The two hills, are Little Barrow and Great Barrow. High on these fells above the tree-line at around the 220 metre contour, were several small drifts. Mining here started in 1880 by The South Cumberland Iron Co. until 1884. So a short lived enterprise probably due to the poor quality of the ironstone. Ore from here was carted the mile of so to the rail head at Boot1Adams, John. “Mines of the Lake District Fells”. pp 122-4. Second Edition 1995. Hubbards. ISBN 0 85206 931 6.

I am so used to seeing the Cleveland Hills dominated by the spoil heaps and scars of ironstone mining, it seems incredible that in Eskdale virtually nothing remains or has been hidden by nature. I guess its primarily a question of scale.