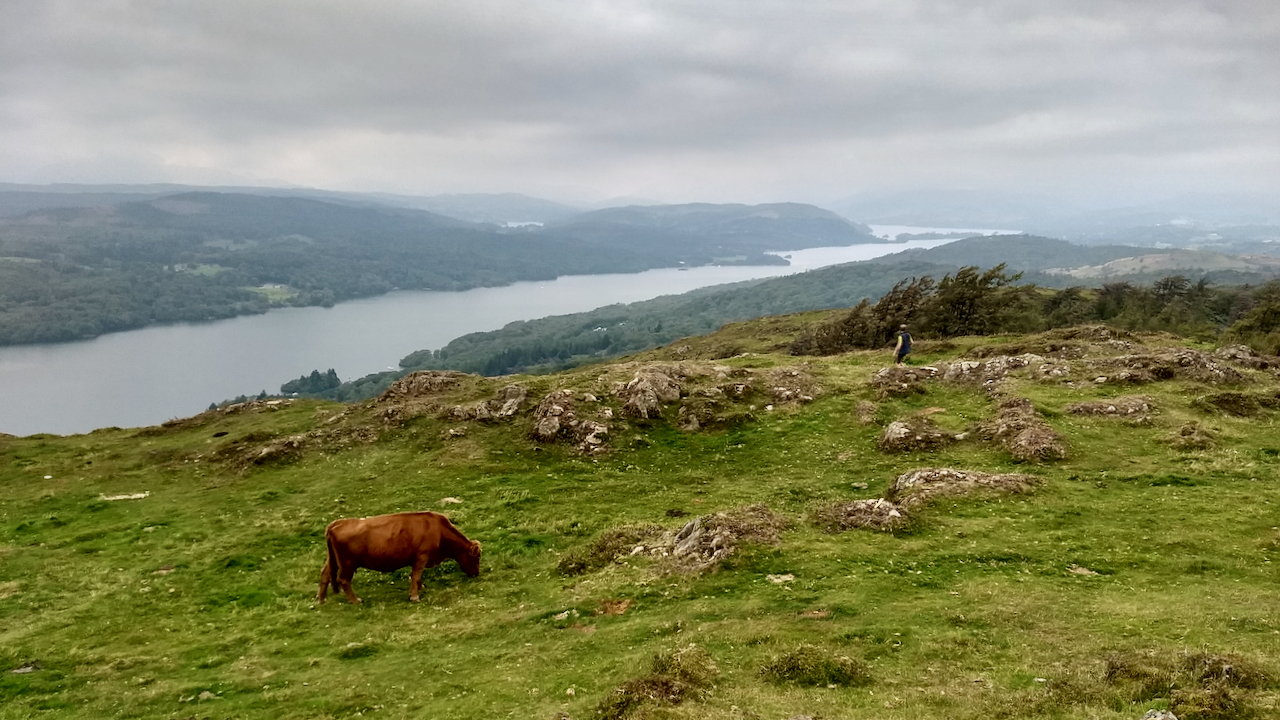 A few days in Eskdale in the Western Lake District. Very limited wifi so postings will be spasmodic.

I bagged a new Wainwright yesterday, Gummer’s How, east of Windermere. At least I don’t recall climbing it before.

It’s one of Wainwright’s “Outlying Fells” and certainly one of the easiest, a mere ½ mile from the nearest car park, which might explain why I haven’t bothered with it before. Even the great man himself calls it “an old man’s mountain”. “And when ancient legs can no longer climb it know ye that the sad day has come to hung up the boots for ever and take to slippers”1https://en.wikipedia.org/wiki/Gummer%27s_How.

But even on an overcast day there are great views of the full length of Windermere but, alas, no sign of Bownessie, the Lake District’s elusive answer to the Loch Ness Monster.

A 21st-century monster, it was first spotted in 2006, a “30ft snake-like beast with humps”. In 2009, Lakeland hotelier Thomas Noblett claimed he was hit by a three-foot wave whilst swimming in the lake. Further sightings occurred in 2011 and 2014, the latter making the headlines in The Westmoreland Gazette2https://www.thewestmorlandgazette.co.uk/news/10972028.bownessie-mystery-deepens-after-scientist-reports-lake-encounter/.

The flotilla of water enthusiasts on the lake today seemed unperturbed.