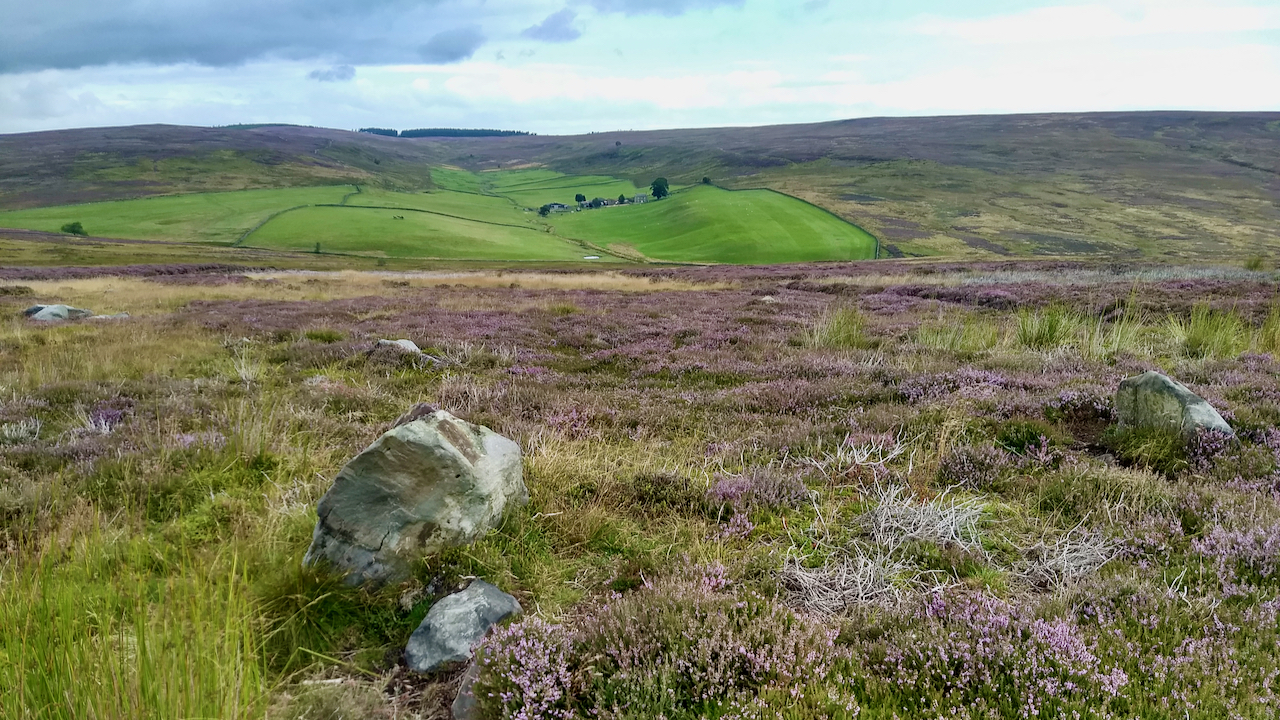 When Sleddale, ‘a wide, flat valley’, tributary of the River Esk, was donated to Gisborough Priory by a group of freemen it was referred to as ‘meadow’. Now whether anyone actually lived up here at that time or whether it was part of the Priory’s many Commondale granges is unknown. After the dissolution, it was listed as part of the land leased to a Thomas Leigh: ‘Sleddale Close (two acres)‘1“Guisborough Before 1900”. Edited by B.J.D. Harrison and G. Dixon. ISBN 0 9507827 0 X 1982.

And as a comparison, in the same document, Lounsdale is listed as one house, two acres meadow, two acres arable, some common pasture. So the Tudor stead must have been quite small and not likely enough to sustain a family. To give you some further idea, just looking at the 25 inch O.S. map, which gives field acreages, I reckon there is presently about 80 acres under grass at Sleddale. To enclose and ‘improve’ this amount of moorland must have been very labour intensive.

None of the present farmhouse and out buildings are listed on the NYM HER map, only the sheep dip which is dated to the 19th-century.