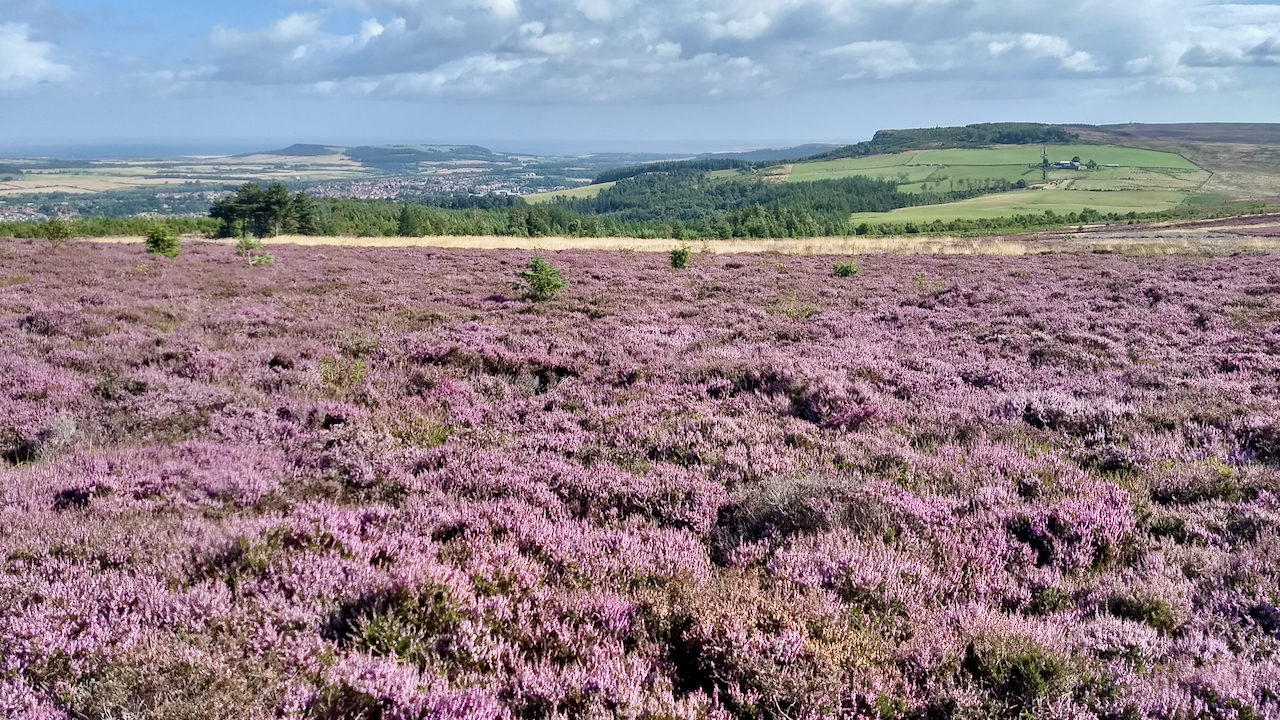 I dunno, you go away for a few days, and the moors are transformed. The ling has finally come good. (Although it must be said, Hutton Moor is not heavily managed, the spruce saplings give it away that it’s been a few years since this moor has been burnt.)

But today is not a good day if you’re paraskevidekatriaphobic. The belief of Friday the thirteenth being an unlucky day seems to be quite a modern phenomena, first being suggested in a 1907 novel. Since then various ‘theories’ have been put forward. The thirteen diners in the Last Supper on the eve of Good Friday for one, Judas being the thirteenth. Another is the feast for twelve Viking gods in Valhalla to which uninvited Loki gatecrashed. He persuaded Hod the blind to throw a sprig of mistletoe at his brother Baldur who was a good god but could be killed by mistletoe. Baldur died to the great amusement of Loki and ever since 13 has been the evil number. Presumably the party was held on a Friday.

But the most enduring myth has been popularly reinforced by Dan Brown in his book ‘The Da Vinci Code‘. The Knights Templar were a medieval religious order that fought to defend the Kingdom of Jerusalem and protect Christian pilgrims during the Crusades. Over a couple of centuries, many wealthy Christians donated land and money to the order, making the knights rich and powerful. In 1307, the French King, Philip IV, who was running low on funds, decided to go after the Knights Templar and, on Friday, 13 October, all the knights in France were arrested and the order dissolved.