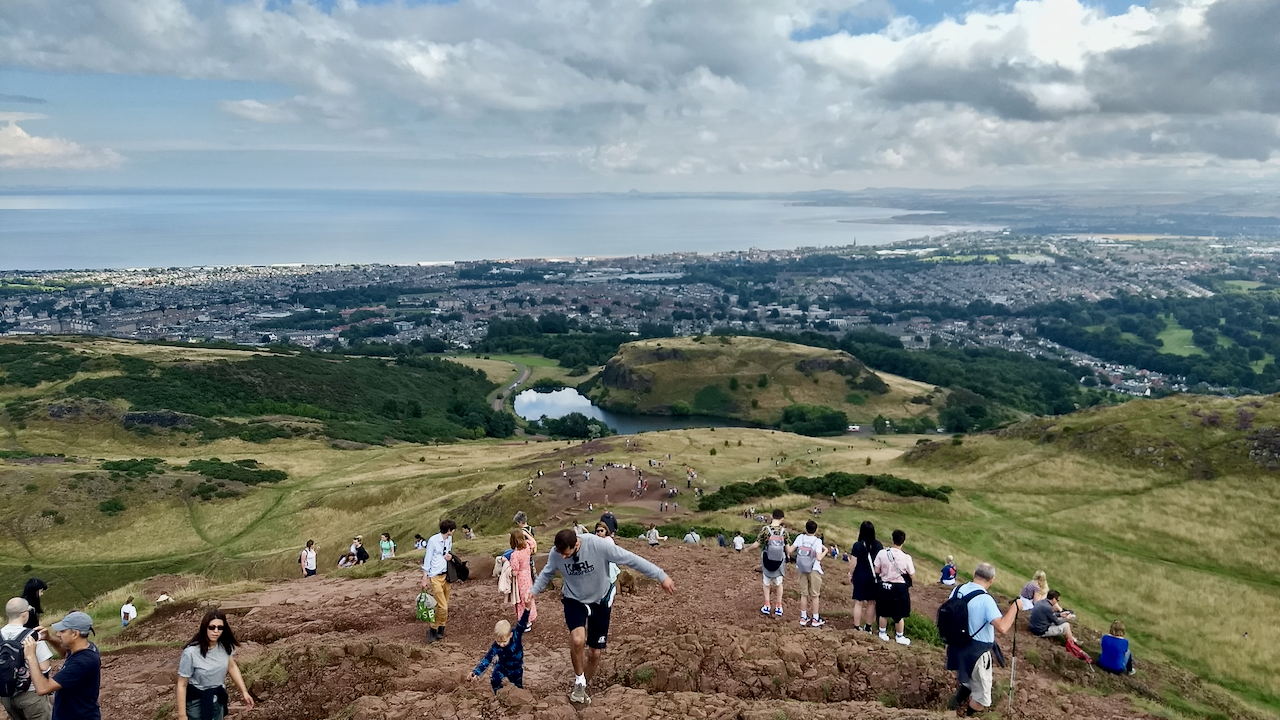 I think half of Edinburgh must have been up Arthur’s Seat today, a hill described by Robert Louis Stevenson as “a hill for magnitude, a mountain in virtue of its bold design.” The poor old King of Britain asleep in the depths of the extinct 250-metre high volcano must have been turning in his glass coffin. This legend probably gained some traction when, in June 1836, a group of young boys who were out rabbiting on the hill, discovered a bizarre collection of 17 “Lilliputian coffins” containing tiny dressed dolls, concealed in a recess in the rocks.

This discovery was made during an archaeological dig, but had to be curtailed because of Covid restrictions. However, the initial findings suggest it was a defensive fort standing amidst farm land, with stone walls, about 5.5 metres thick and up to 1.2 metres high, preventing access to the top of the hill from one side, with the steep cliffs and crags protecting other approaches.