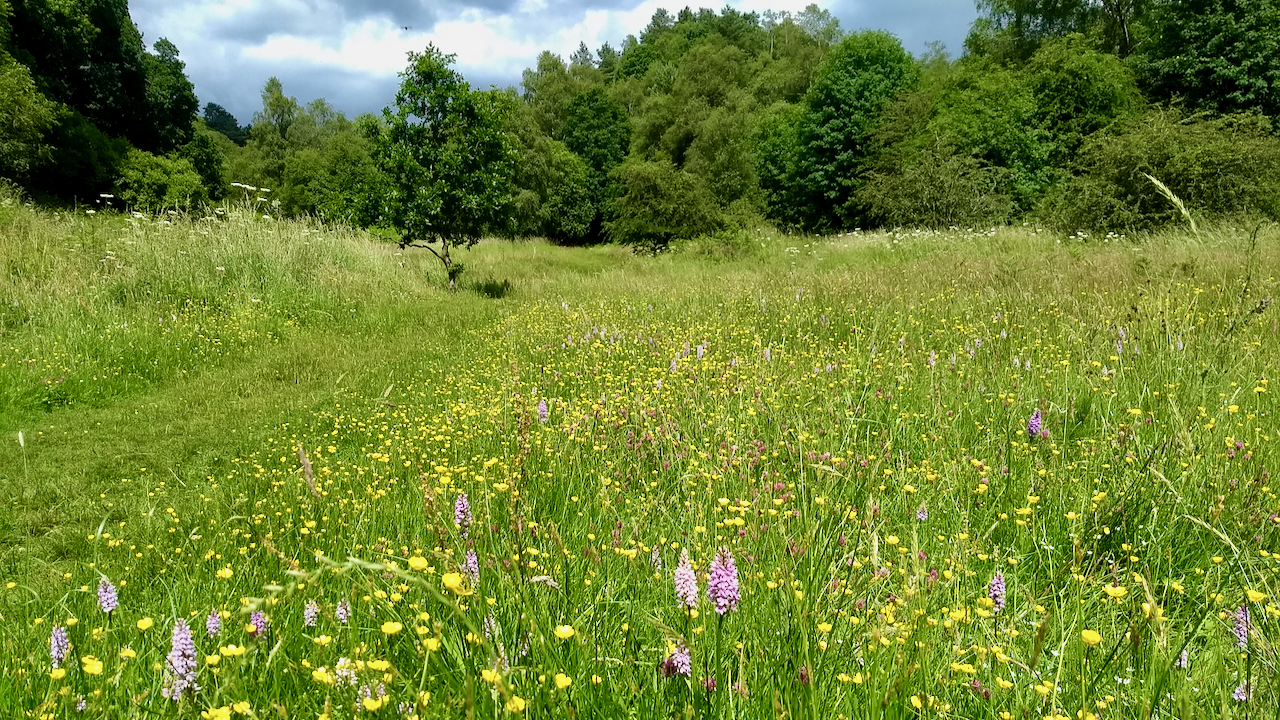 In the south of the Moors. It’s been over eighteen months since I was last here.

The rich grassland of Dovedale is part of the National Trust’s Bridestones property. Prior to 2015, the dale was heavily infested with bracken, but since then the Trust has carried out annual cutting, by hand usually in two sessions.

Six years on and the regime seems to be working, wildflowers, insects and butterflies are abundant. These orchids were particularly spectacular, I think they are the Common spotted orchids.

Over twenty species of orchids have been recorded in the North Yorkshire Moors, and all are depend on fungal mychorrhiza in the soil. If the particular fungus is not present the minute wind borne seeds will not germinate. Once mature they store huge food reserves in their tubers so they can survive in years when conditions prevent flowering1Press, Anne.  “Orchids”.  Voice of the Moors – The magazine of the North Yorkshire Moors Association. Issue 136 Summer 2019..

The two round underground tubers have in times past been used to make a drink called Salep (from the Arabic Sahlets), which when combined with spices, honey and milk, was considered a highly nutritious tonic. The two round tubers are also similar in appearance to a certain part of the male anatomy, and so, by sympathetic magic, were considered to be an aphrodisiac; which likely explains for the drink’s popularity2Ibid..

One Reply to “Dovedale”