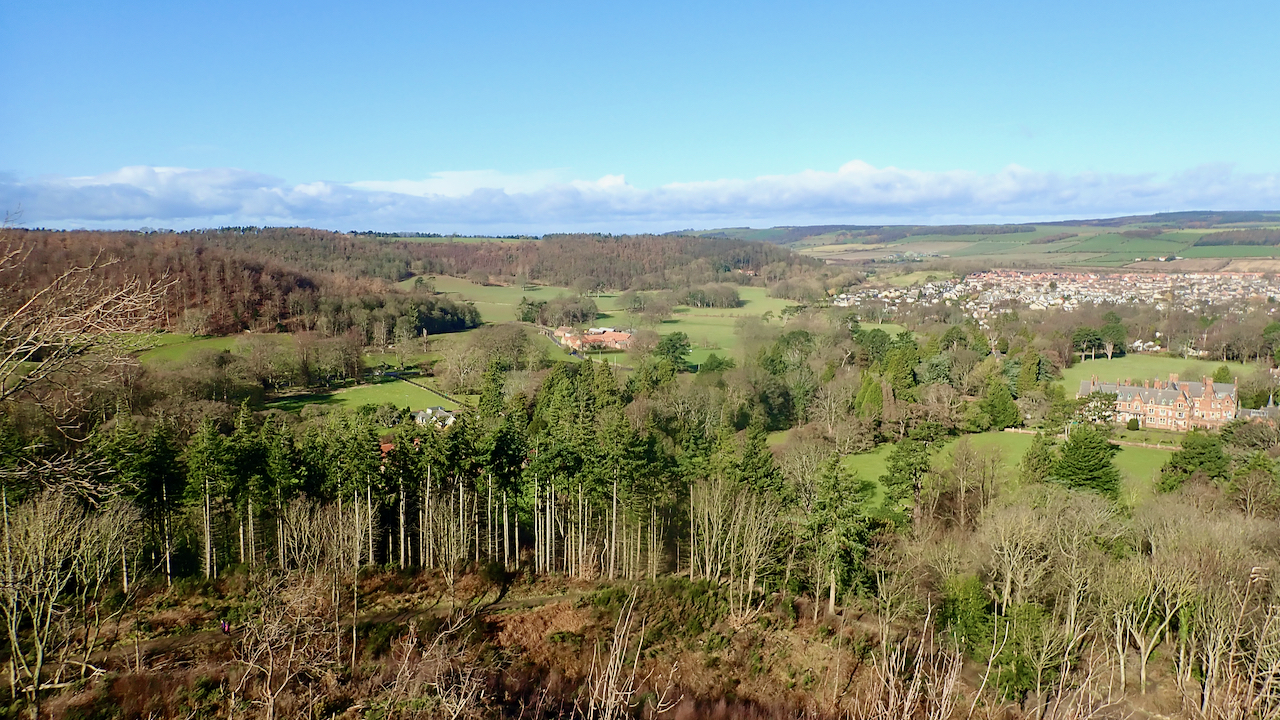 I often wonder how landscape changes over the ages, especially in Hutton with Joseph Whitwell Pease’s ironstone mining operations and his later transformation of the valley into his personal estate.

The changes are obvious when comparing the, say, 1856 Ordnance Survey map with the modern one, but often subtle details can be overlooked. I’ve therefore been playing with the little map extract I put on the bottom of these posts.

Dixon’s book includes a facsimile of ‘A plan of His Majesties Manor or Lordship of Hooton, 1782’ which shows the settlements, fields and roads at the time. Unfortunately I daren’t reproduce it here as it’ll be copyright, but the road system seems to have been changed little by the time of the 1856 map. I have therefore tried to trace the roads in 1856 and overlaid them on my map extract below. The effect is not perfect when you zoom in close but in general I’m happy with it. And it was my 3rd attempt.

Basically, there were five roads emanating from Hooton to:

As well as my usual blue pin, from where I took the photo, I have added four others: