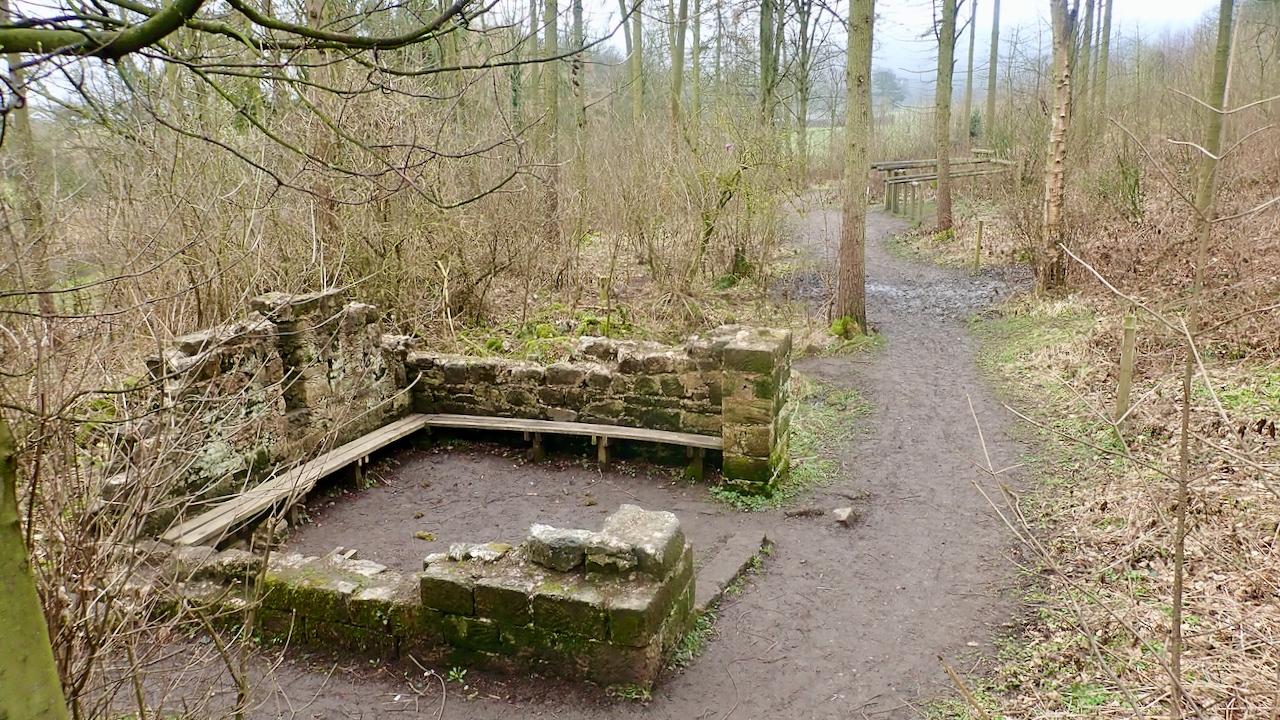 With cloud shrouding the moorland tops, I kept low and, taking advantage of the winter vegetation die back, had a little potter around the old brickworks at Bousdale, now part of a fitness course for the Pinchinthorp Visitor Centre.

A ‘Brick Field’ is shown on the 1856 Ordnance Survey map (surveyed 1853). It is thought to have been set up to provide bricks for the construction of the houses at Hutton village, which must be the row of ten cottages called ‘Wat’s Lane’ that were located south of the later school site (now a private residence). You will need to compare the 1856 map with the 1895 one to appreciate how much has changed in this area. Courtesy of Joseph Pease when he built his Hutton Hall.

Wat’s Lane was built just before 1853 by Henry Thomas, the owner of Codhill Farm but  they were soon leased to Pease. The 1861 census records 52 folks living there and none ten years later.

Pease also leased land from Thomas called Bank Bottom Close (the site of the modern Hutton village) but agreed the latter could build houses on it. I’m not sure exactly how Pease would have benefitted from this. In 1855, the land was sold to Matthew Armitage of Darlington (again presumably with Pease’s agreement) to build 12 cottages again using bricks from the Bousdale brickworks.

As for the Bousdale brickworks, buildings were still mapped on the site in the 1950s but nature has taken back control. The woodland floor is littered with moss covered broken bricks and rubble. An old stone building is the obvious feature which has been adapted as a sheltered rest area.