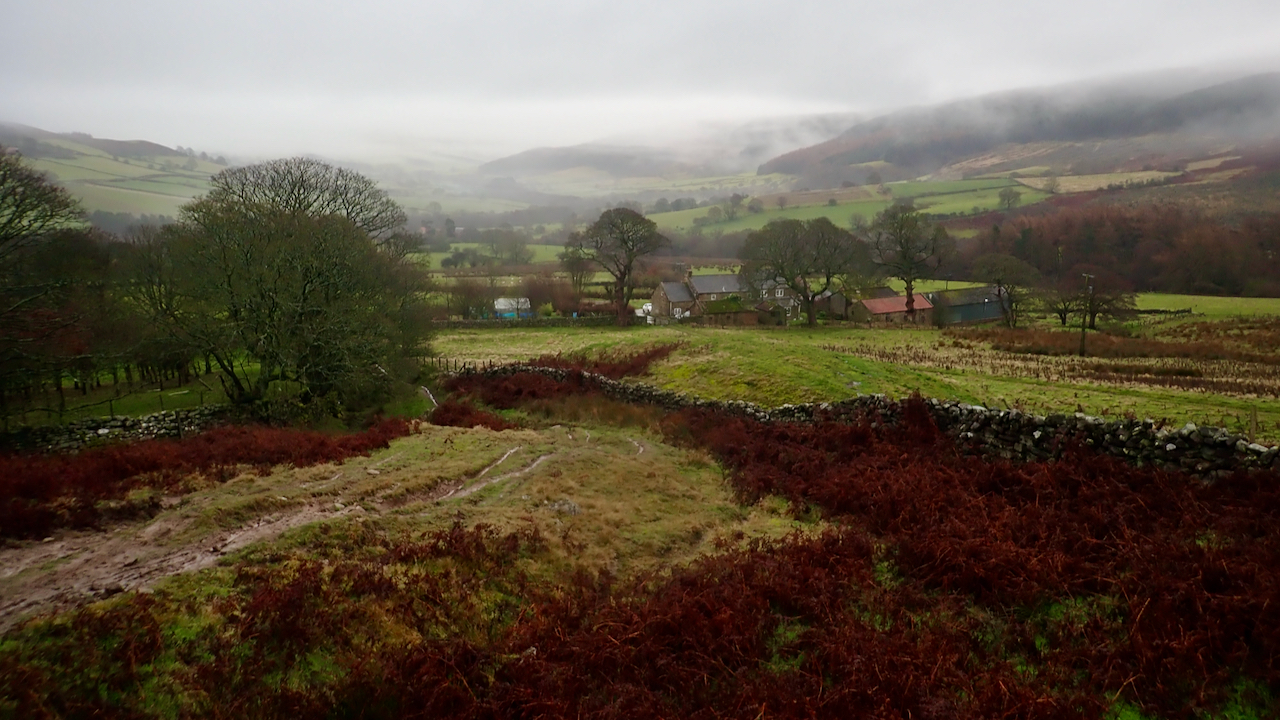 This is descending into Raisdale from the col with Scugdale. Just beyond the tree, the track becomes a well-defined holloway called Mill Lane. It used to be a ‘green lane’ and popular with off-road motorcyclists and motorists and was suffering from horrendous erosion. But, since downgraded to a Public Bridleway, it has recovered nicely, although it is still a muddy descent.

The farm is High Crossletts; Low Crossletts is close by but just out of sight. Crosslett is not a common name for a farm. As Crosslet (with one ‘t’), it could be one of several meanings. One is Scottish for a small crucifix, a meaning that is used in heraldry. Another is a band worn on the forehead of an animal such as a horse.

The root of ‘Raisdale’ is easier. It means Reith’s valley, after a Scandinavian personal name.